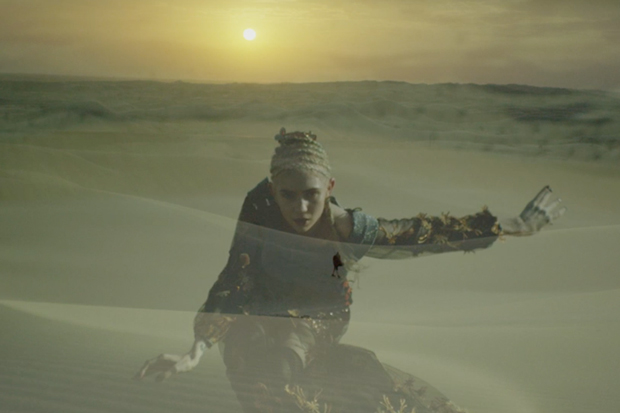 Grimes has just released the video for “Go” — her Endless Playlist approved track (featuring Blood Diamonds) that was originally intended for Rihanna (but rejected). The clip, directed by Claire Boucher and her brother Mac under the name Roco-Prime, is a fantasy clip inspired by Dante’s “Inferno,” but looking very much like something out of Game of Thrones, or as we like to call it, Grimes of Thrones.

Grimes says of the video: “It’s our take on Dante’s inferno. The circles of hell reflect more contemporary issues though.  We shot a bunch at the salton sea which is basically an apocalyptic wasteland filled with dead fish because of human carelessness, the bullet hole hallway a la korn freak on a leash etc etc.   If you look closely you can find clues.  Haha, but in the usual fashion it is also abstract enough to just be a trippy visual accompaniment to the song.”

Check it out below.