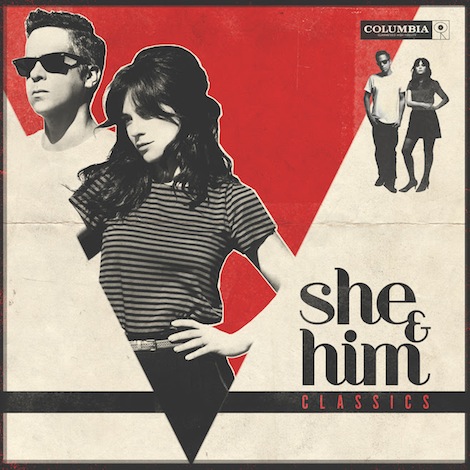 Zooey Deschanel and M. Ward are at it again. The duo, better known as She & Him, are following up their most recent album Volume 3 with a new full-length set of covers of standards, titled Classics. The new album is out on Dec. 2 via Columbia, and they’ve revealed the details of the record today. It includes covers of songs by The Righteous Brothers, Dusty Springfield, Vera Lynn and a bunch more. That’s the album cover above, and tracklist below.

The album also features a 20-piece orchestra arranged by Ward, so expect a lush, elaborate-sounding record this time around. Listen to their cover of Dusty Springfield’s “Stay Awhile” below.

She and Him Classics tracklist:

Tags
new releases She and Him