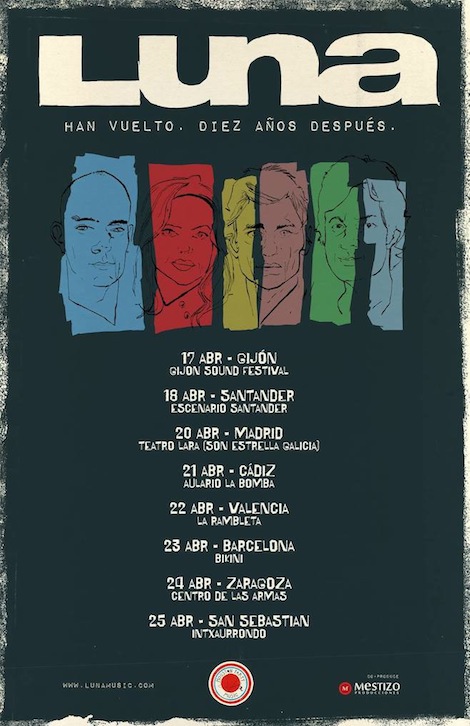 Dream-pop outfit Luna — comprising Dean Wareham (formerly of Galaxie 500), Britta Phillips, Sean Eden, and Lee Wall — broke up 10 years ago, and released their final album, 2004’s Rendezvous, almost 10 years ago to the day. And on Facebook today, the band announced that they’re going to return to the stage in 2015. For the time being, Luna only has a short set of tour dates lined up in Spain, though that’s not going to be the extent of their reunion activities.

In a Rolling Stone article, Wareham says that the band will be performing shows in New York City and other U.S. cities later on in 2015. There’s not much word about how extensive the band’s tour dates will be, but at least there’s hope for a few. Check out their tour dates below, along with a 1994 MTV 120 Minutes performance of their song “Tiger Lily.”