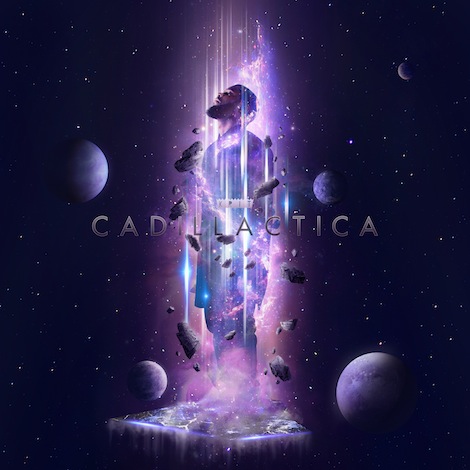 Mississippi rapper Big K.R.I.T. made an auspicious introduction back in 2010 with his impressive mixtape, K.R.I.T. Wuz Here, and then stepped up to the next level with his 2011 set, Return of 4eva. And though he’s kept busy in the last few years, signing with Def Jam and releasing 2012’s Live from the Underground, he hasn’t dominated as many headlines since first being inducted into XXL‘s Freshman Class. But if you haven’t been paying attention, you might be taken aback by the strength of K.R.I.T.’s new album, Cadillactica. K.R.I.T. gave a first teaser of the album earlier this year with the excellent single “Mt. Olympus,” which appears here as a reprise. And if you liked that track, then you’ll be pleased with the other 16 on Cadillactica.

K.R.I.T.’s new album is out Nov. 11 via Def Jam, but you can stream the whole thing one week before it’s released, courtesy of NPR First Listen. There’s a fair amount of highlights on this one, including the frantic title track and the contemplative “Soul Food,” so bump this one on your sub today. Listen to the Big K.R.I.T. Cadillactica stream here.