Can we bypass the obvious, for a moment? Yes, it’s clear what Marvin Gaye wants here, but let’s dive deeper. Originally written with religious themes and Gaye’s plea for sexual liberation in the early ’70s, he and fellow collaborator Ed Townsend were able to craft a song that was much more deeply intimate and sensual. With its background vocals recorded beforehand for the earlier version, the entire song was rewritten to become the iconic jam it is today, layered with Gaye’s incredible voice, funky guitars, a thumping bass and a jazzy beat. Not only was this one of Motown’s most successful singles, but it also put Gaye in the spotlight as a sex icon. This is soul at its finest. – Giovanni Martinez


By this point, the Rolling Stones had been rocking for a while. Most of the group’s peers had taken a final bow by this point, and given the mileage they amassed from the influence of blues legends like Muddy Waters and Howling Wolf, it would be perfectly understandable if their shtick went stale after a while. But Sticky Fingers in general, and “Can’t you Hear Me Knocking” in particular, proved that these British blues-rockers still had a dog in the fight. And that dog was a Rottweiler. Combining blues rhythms, jazzy improvisations and a sick, funky rock ‘n’ roll sound, with this track the Stones reaffirmed the ferocity of both their bark and their bite. – A.T. Bossenger


“Wuthering Heights” offered the world the first glimpse into what would become the fascinating and rewarding career of Kate Bush. At just 19, Bush was already flamboyantly displaying her eccentric and idiosyncratic vocal style. Based on the book of the same name, the song is sung from the point of view of a doomed lover. It’s a haunting tale and one that perfectly suits Bush’s poetic and theatrical approach, but it’s her commanding delivery that really sells the song. Her soprano is so expressive and dripping with feeling, it’s quite a captivating performance. Furthermore, “Wuthering” shows that Bush’s knack for winning melodies was in full swing from the onset of her career. Augmenting the drama with piano, sweeping strings, and harpsichord, Bush took the theatrics of Hunky Dory to their logical conclusion. – Chris Karman


Not to be the downpresser man but this is the blueprint for every shitty punk/ska band you saw at an all-ages in high school and you were just there `cause your buddy’s group is playing third. That’s the unintended effect. As they did with so much, the Clash arrived first and did it better than anyone. “(White Man) In Hammersmith Palais,” a sneer at bands and market forces that “turn rebellion into money,” is one of those genre super-collisions that create a whole new pop galaxy. It’s, in many ways, rock’s most enduring postcolonial moment, where rebel island music jammed with snotty white punk rock. It also liberated the Clash from being just another punk rock band. This is the source of their subsequent — and deserved — veneration. – Stephen Chupaska


The slinking bass line that creeps its way through “Walk on the Wild Side” takes on the air of an alley cat prowling around Max’s Kansas City, Andy Warhol’s Factory and all the other touchstones of Lou Reed’s New York City in 1972. Or perhaps a more apt analogy would be a fly on the wall. That bassline is our tour guide into a Manhattan populated by drag queens, hustlers, junkies and the other lost souls who’d been found in the mid-century pop art scene. Reed sings about his confederates with a storyteller’s eye, as well an abiding compassion for people considered beyond outcasts in their era. There’s an unmistakable melancholy to the song as well, as with most of Reed’s work. It reminds of the longing I hear in old time New Yorkers nowadays when they lament the Disney-fication of Times Square. Clean streets are lovely, but everyone thinks about taking the seedy path at least once. – Liz Malloy


Even before Brian Ferry comes in with his distinctive croon, the sleazy opening guitar and bass lines from Phil Manzanera and John Gustafson on “Love is the Drug” pull your pants off. Don’t believe me? Put on the jukebox at your local bar. If your bar doesn’t have “Love is the Drug” on its jukebox, go to different bars. While most American fans associate Roxy Music with their ’80s atmospheric masterpiece, “More Than This,” “Love is the Drug” established a Stateside foothold for the London band. – Stephen Chupaska

74. Gil Scott-Heron
“The Revolution Will Not Be Televised”
(1971; Flying Dutchman)
Available on Pieces of a Man

For some it is a privilege to jettison the baggage of one decade as it turns into another as many baby boomers did, especially once Nixon resigned. If it was for Gil Scott-Heron he refused it, and in the process kept “socially conscious” pop relevant past its decade of origin (or at least peak popularity). He shares concerns with Marvin Gaye but parts with him in making no promises of harmony following his promises of change, which are laden in sarcasm and rage against a materialistic mainstream culture that was every bit as stupid then as it is now. Scott-Heron was certainly unusual at the time for combining poetic delivery with jazz and soul compositions, but this signature piece sparked his urban and black audience to into a flurry of creation that would make them as dominant in pop culture as the people and things Scott-Heron maligned in the song. – Chris Morgan

73. Rod Stewart
“Maggie May”
(1971; Mercury)
Available on Every Picture Tells a Story


A formidable player among British groups like The Faces and The Jeff Beck Group, it was only a matter of time before Rod Stewart’s star would shine brighter than any of those he had worked with. And only a song as charming as “Maggie May” could launch him into superstardom despite its b-side status. Illustrating just how relatable and affecting Stewart could be at this point in his career, the song’s quasi-autobiographical tale of seduction by an older woman is further enhanced by Stewart’s heartfelt inflections. He shows his broken heart right on his sleeve, and although it may come across as a little sappy, it’s also incredibly endearing. So forget about Rod’s late-’70s forays into disco, forget that he’s been an adult contemporary staple for decades now, and just enjoy on what put him into the public’s consciousness to begin with. In the early ’70s few, if any, artists could match the heartfelt, mandolin-infused folk rock that emanated from Rod Stewart. – Chris Karman 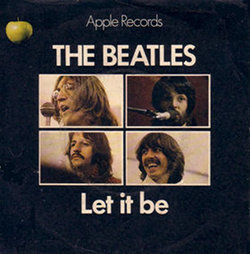 
The opening piano chords to “Let it Be” have been in the ether since March 6, 1970. If you were born after that, you’ve never known a world without them. So it’s amazing how arresting that simple intro remains after all this time. Whenever I hear it, I immediately stop whatever I’m doing or thinking and listen. Invoking his late mother in nearly religious tones, McCartney tempers his notorious sentimental streak with a sublimely restrained vocal performance that gives the listener some room to get wistful on their own. Then the rest of the Beatles come through to bring it all home. (It’s one of Ringo’s best). Songs like “Let it Be” make me grateful that The Beatles are so particular with their licensing rights. In a different world, the song could have soundtracked every death, funeral and breakup scene ever committed to film, and would have lost all its intimacy in the process. As it stands, we still each get the song all to ourselves. – Liz Malloy


It’s a pretty bold move to release a nine-minute vampire dirge as your introductory single — a symbolic line in the sand that seems to say, “you’re either with us or against us.” And when Bauhaus emerged as the glamorous goth rock heroes of the ’80s, plenty of folks were firmly “against”, apparently not ready to embrace a band so committed to the darker side of camp. But if you’re going to freak out some squares, you might as well do it with a genuine stunner. “Bela Lugosi’s Dead” is fairly simple on its surface, a slowly building, slithering post-punk track that extends into increasingly creepy and cool places as Peter Murphy’s echoing incantations grow louder and more unhinged. Spin it a first time and be dazzled; spin it again and take in the subtle dub and psychedelic vibes; go a third time and become permanently nocturnal. – Jeff Terich