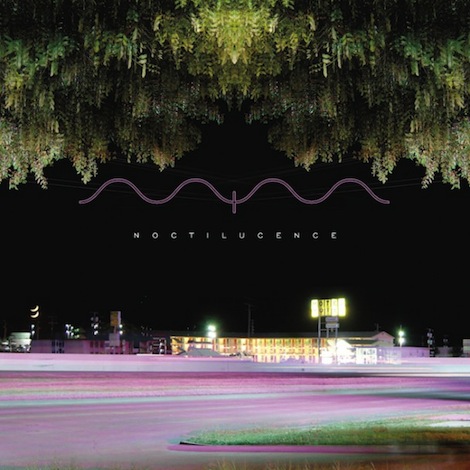 Emeralds’ break-up was far from the most devastating or catastrophic end to a group in the last half-decade or so, but there was still something frustrating about the way the trio ended things. Their final album, Just to Feel Anything, found the Ohio-based electronic outfit pushing away from their hypnotic electronic dreamscapes in favor of a new-wave-inspired sound that was almost — sigh — chillwave. After 2010’s Does It Look Like I’m Here?, that felt like the work of an entirely different group, and maybe that was the point. They weren’t the same group anymore; in a matter of months, they weren’t even a group.

Guitarist Mark McGuire was the first to exit the group, and by all accounts, he’s been the one most prone to exploring pop sounds. The conceptual Along the Way, released earlier this year, wasn’t at all a pop record, but it felt accessible in a way that many of Emeralds’ — or even McGuire’s — myriad CD-Rs and digital releases never really did. Likewise, McGuire lent his guitar skills to The Afghan Whigs’ new album Do To The Beast (and you can hear his trademark delay riffs without looking too hard). And on his latest EP, Noctilucence, McGuire takes that extra step, bolstering his guitar-based compositions with electronic beats, distorted power chords and a general sense that a flame is about to flicker atop a cigarette lighter at any moment.

Noctilucence is a far cry from the abstract pieces collected on McGuire’s A Young Person’s Guide, but nowhere near as jarring as it might have been without Emeralds’ unusually straightforward final album. But it’s hard not to admire McGuire for just throwing caution to the wind and going ahead with a set of explosive, and oddly loud rock jams. “Earth Grid (Activation)” doesn’t begin that way; its ethereal twinkle and gentle touch at first sounds like Tangerine Dream film scores in the ’80s, but it blows up into a schlocky rock song soon thereafter. “Entity (Presence)” is an entirely different kind of pop approach, however, dispensing with any illusions of avant garde and simply slinking its way into a sexy space disco pulse. I’d be lying if I said I knew McGuire had it in him, but it’s a fun surprise to discover all the same.

As interesting — and strange — as McGuire’s pop experiments are, the most sublimely successful of the bunch is actually its subtlest. The 12-minute title track is no less of a pop or dance track, but it moves a lot more like one of Axel Willner’s minimal techno singles as The Field than, say, an M83 song. There’s a steady bass thump, a mesmerizing sequence of synth arpeggios and McGuire’s own guitar, which feels more seamlessly incorporated into the architecture of the track than the others. Even when it roars into a squealing dance-rock song at four minutes in, it feels earned rather than simply added for a cheap thrill. The whole of Noctilucence may not bear the same kind of satisfaction that its title track offers, but it’s an encouraging sign that McGuire has places to go and new sounds to conquer.

The Field – Yesterday and Today