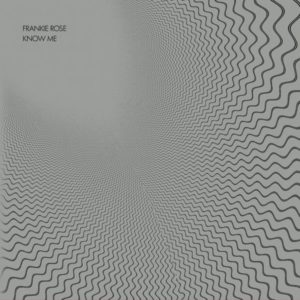 There’s more than a little irony that Frankie Rose — a onetime drummer in distortion-heavy garage rock bands like Vivian Girls and Crystal Stilts — lets a drum machine do the basic pulse on her standout single “Know Me.” Instead, she invests her energy in waterfalls of guitar and vocals, each of which cascade with a dreamy, mesmerizing fluidity. They glimmer and shine and shimmer, and they do so with so much brilliance that Rose’s message of brushing off naysayers lands without much abrasion at all (“Know me, don’t know me, I hear what they said/ It doesn’t own me, I’d rather be dead“). With all due respect to Taylor Swift, this is a far more elegant means of shaking it off. – JT 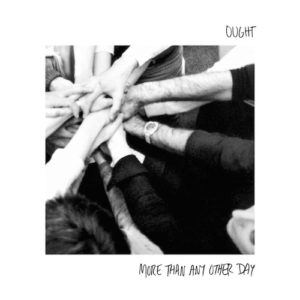 “Habit” is the rare kind of song that makes the listener feel simultaneously capable of accomplishing everything imaginable and absolutely nothing. It rides a thin line between vastly overwhelming and inspiring radiance, as if to tell you, its captive audience a single, unmistakable message: You are awfully, embarrassingly underprepared for what’s to come (but you aren’t the only one). And just when you start to feel embraced by Tim Beeler’s repetitious sermon of one “I feel a habit forming” after another, it gives way to an eerie abyss, leaving you to contemplate why you felt so alone in the first place. – ATB 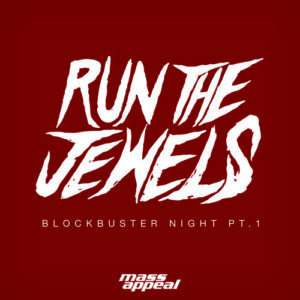 When Killer Mike utters the seemingly stone cold line “Fuck what you rappin/ Who produced you?” he  reveals the deepest secret of RTJ’s enigmatic success: He and El-P are more much, much more than a rap duo. They are a true team, serving as each other’s biggest fan, most enthusiastic cheerleader, most firmly allied comrade and truest friend. When RTJ attacks a track, they are a truly cooperative team—you don’t get the sense that these fellas out-do each other’s lines on “Blockbuster Night Pt. 1” in the spirit of competition; they’re just sincerely inspired by the verse that came before theirs. – ATB 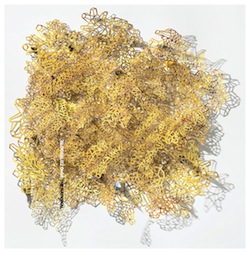 “Bloodbuzz Ohio” is the song The National had always been building toward. It was a pearl, waiting to be discovered, hinted at on at least one previous album: Boxer’s “Slow Show.” “Bloodbuzz”’s makings were there, in certain lines, such as “I leaned on the wall / and the wall leaned away,” which came through here in similarly evocative couplets as “The floors are falling out from / everybody I know.” The concrete world never holds up to the demands put upon it, you see. But maybe that’s just what The National is—the famous Matt Berninger drone that seems to be pulled right from the Marlboro Man, barely held aloft on the sonic landscape churned out by his bandmates. Everything about Berninger is unimpressed, unmoved, stoic to the point of missing out on the good life. That’s just exactly what we love about the band and this number, in particular. Some have called “Bloodbuzz Ohio” the anti-“Born to Run” and that alone captures the feeling of the track. The song is bursting with nostalgia, regret, and angst. Bryan Devendorf’s drums never let up, and the keys and synths, while adding nothing melodically to the song, enhance the epic build that never quite finishes. It just fades. – NG 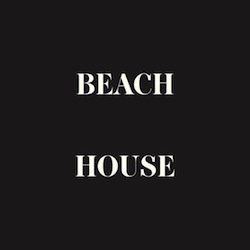 The highlight of Beach House’s superb Bloom is a crystalline structure of synth chirps and washes that open up to harmonies worthy of the Cocteau Twins. “Lazuli” is a rich bottomless pleasure and on repeated listens, you come back for different things, such as the starlight-funk bass line and bright chorus. – SC 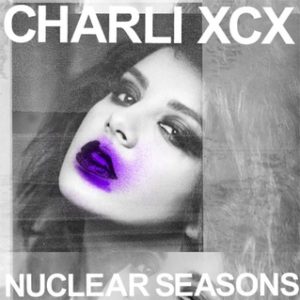 Charlotte Emma Aitchison is only 22 years old, so it feels strange to say that her mainstream breakthrough felt like a long time coming. By the time she hit chart gold with last year’s “Boom Clap,” she had already co-written one smash (IconaPop’s “I Love It“) and released her own long string of excellent singles. The best of them, 2011’s “Nuclear Seasons,” is a much darker and more dramatic piece of electro-goth. Coming across like Bat For Lashes’ bratty kid sister, Charli surrounds herself with sinister, buzzing bass and brilliantly chiming synth bells. She comes across as defiant (“I refuse to hide in the page of a story“), unapologetic (“I come out of the box, won’t say I’m sorry“), and with the kind of aesthetic taste that common sense would tell you only comes with maturity (when it was released, she was just a couple months past her 19th birthday). Onomatopoeia and ladies’ night car-crash shout-alongs are perfectly fine, but Charli XCX hit perfection well before it made the charts. – JT 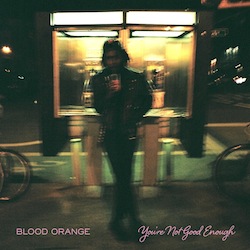 With a track like “You’re Not Good Enough” Devonte Hynes launches a stealthy sneak-attack to the heart of the modern R&B machine. Weaving together super-sonic synths, disco-tinged guitars and voluptuous, sexy rhythm sections, he crafts a funky take on sophisti-pop that is perfectly suitable for the art gallery, the bedroom, or the dance floor. But peel back the layers on this Blood Orange and you’ll find much more than an irresistible groove; Hynes takes what sounds like a timely take on the classic break-up song and turns it on its head, creating a sneaky-yet-transcendent coming out anthem of sorts. – ATB 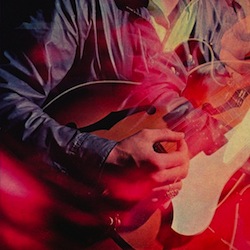 Chromatics’ formula for success isn’t especially complicated — take bits and pieces of synth pop’s past, throw in Ruth Radelet’s cool melancholy, add dashes of Italo disco, throw in a futurist beat—but damn is it effective. For starters, the analog synth arpeggios pulsate with melody and life, contrasting perfectly with Radelet’s disaffected voice. When the chanteuse says she’d kill for love, it comes across more like a wistfully romantic ideal she can’t actually commit to; sure it’s made out of desperation but she doesn’t exactly come across as someone truly out for blood. But it’s the balance that Chromatics strike here that makes the song so affecting. Amidst all of Radelet’s dreaming, the music soars, lifting the song from the depths of despondency into transcendence. – CK 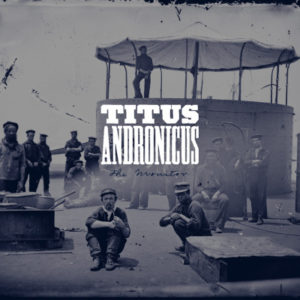 For everything that Titus Andronicus did right on debut album The Airing of Grievances, the poetic New Jersey punks set some graduate-level sights on sophomore album The Monitor, which begins with a strong contender for Best Opening Track of the Decade. It takes some balls, or at least pretense, to begin your anthem with a quote from Abraham Lincoln, but a well-placed introduction from Honest Abe only ramps up the importance for a track already layered with meaning and numerous layers of historical, geographical and pop cultural references. From the declaration, “As a nation of free men, we will live forever, or die by suicide,” the guitars and drums fire up, and Patrick Stickles begins to sneer his allegiances to the Garden State with a too-perfect nod to its patron saint of rock ‘n’ roll: “Tramps like us, baby we were born to die!” Punk never died; it just got its Ph.D.  – JT 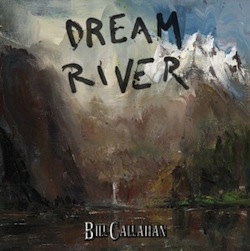 They don’t make songwriters like Bill Callahan anymore. Even as a younger man, he had a sense of mystery and intrigue that lent his melancholy slowcore songs a kind of character that said a lot more than simply being a sad son of a bitch. It didn’t seem all that hard to believe that “Dress Sexy At My Funeral” was something stipulated in his will, or that he asked his mother to put him in a bathysphere at age seven. Nor is it so hard to believe that he lived the strange narration in Dream River standout “Summer Painter.” He’s a simple, sympathetic everyman, observing both the superstitions of the sea (“For luck, you keep the same first letter“), and the class separation in front of him (“Rich Man’s Folly and Poor Man’s Dream/ I painted these“). And as the song both lyrically and musically swells toward a harrowing and awe-inspiring hurricane — distorted guitar and flute dancing in a whirlwind of noisy melody — he’s curiously suspected of causing it (“Like all that time spent down by the water/ Had somehow given me control over the rain“). At a distance, “Summer Painter” can be read as a commentary on privilege, but it feels just too damn entertaining to be just that. Think of it more like Callahan is spinning a yarn over a stiff drink in front of a crackling fire, his every word given poignant and powerful life.  – JT