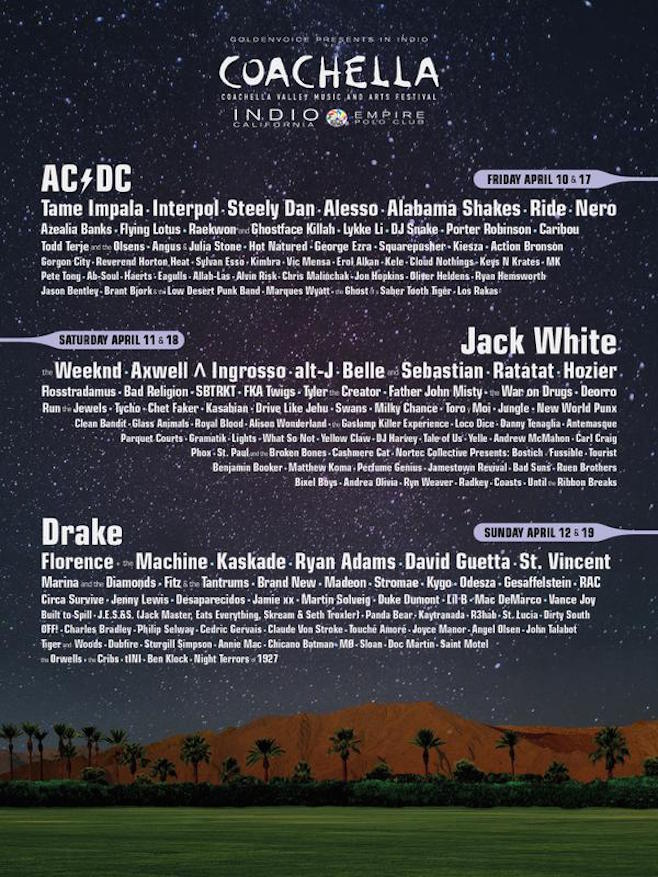 The Coachella lineup has just been announced, and it’s got some big names on it. The Coachella 2015 lineup is topped by headliners AC/DC, Jack White, and Drake, and also features a number of other notable artists, including Tame Impala, Interpol, Ryan Adams, Steely Dan, St. Vincent, The Weeknd, Belle and Sebastian, Brand New, Drive Like Jehu, Swans, The War on Drugs, Run the Jewels, Flying Lotus, Todd Terje, Lykke Li, Caribou, Azealia Banks, Raekwon and Ghostface Killah, Jenny Lewis, Jamie xx, Mac DeMarco, FKA Twigs, SBTRKT, Bad Religion, Panda Bear, Built to Spill, OFF!, Joyce Manor and Touche Amore, along with a whole bunch of others that would take too much time to list here. You can, however, read them all on the poster above, or over at the festival’s website.

Coachella takes place on the weekends of April 10-12 and April 17-19 in Indio, California.