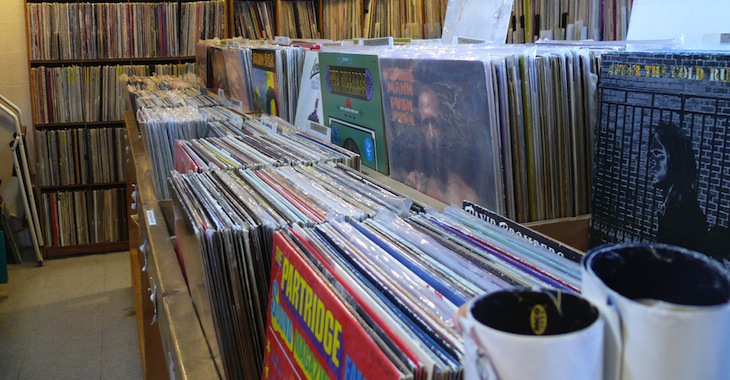 “The day of the album is gone,” we were told when the resources of the Internet became A Big Deal in the music world. I was relatively young back then — still popping zits and giving Marilyn Manson a god’s honest chance at impressing me — but I remember it well. For the purpose of this article, let’s say this was about ten years ago. Apple’s iTunes and, to a lesser extent, other digital purchase services made it possible to only purchase individual songs, whether or not they were released as a single for that specific album. Then came music blogs and free hosting services like MySpace. These options were amazing, cost-effective ways to put your music out there, but they were largely based on the sharing of individual songs. Attention spans were already shortening; it was easier than ever to record and share music and access to more artists meant less time to spend exploring each one. Add to that the precious commodity of digital space at the time. (Keep in mind that the maximum size for the first generation iPod was 10 GB!) Even now, I can remember making playlists of my favorite songs by a certain set of artists because the catalogs themselves wouldn’t fit.

It was a madhouse — a revolution! Music had changed forever, never to look back again. Albums, while still a distribution platform, would never have the same artistic prominence they once did. No more Purple Rains, Abbey Roads or In The Court of the Crimson Kings. It was time to say a heartfelt goodbye to records that served as a cohesive whole, multitudes greater than the sum of their parts.

What a load that turned out to be. From where I’m sitting (done with the pimples but still giving good ol’ Brian Warner a bi-yearly chance to woo me) the last half-decade has boasted some of the most ambitious and comprehensive full lengths in recent memory. Let’s look at some of the biggest players from 2010-14. A genre like metal, no stranger to sprawling, well connected full-lengths, produced instant classics by newcomers like Deafheaven and Pallbearer. But we’ve also seen a rise of comprehensive LPs in more mainstream arenas as well.

Consider the evolution of an artist like Kanye West, who grew from a more traditional (if particularly well sequenced) hip-hop debut in 2004 to kicking off a trend of narrative-driven concept records in the genre, starting in 2010. Kendrick Lamar was quick to expand upon this approach and add an even more cinematic feel on good kid m.A.A.d city and at least half a dozen releases every year since have done their best to respond to (or at least imitate) that emerging style. My point? Major pop artists are focusing on making their full lengths as cohesive and interconnected as possible — an important trend, regardless of each effort’s varying success. In electronica, too, we saw many an hour-plus record; intentional, start-to-finish affairs rather than collections of single-purpose dance hits. It was a truly glorious era to own quality headphones.

Punk and other rock sub-genres took a different path to re-perfecting the full length LP, but effective all the same. While there was certainly a fair share of epic double & triple LPs in those genres, bands like Japandroids, Cloud Nothings and Ought stuck to a less-is-more philosophy that embraced a process of only letting the best songs make the final cut. In fact, we saw a great trend of easily digestible, thirty minute rock releases in the last handful of years. Even more traditional rock albums, like Neko Case’s most recent full-length, boasted a special sort of clarity and intent.

But, with Frank Ocean, Janelle Monae and FKA Twigs in consideration, R&B is bound to take the cake in regards to stunning records meant as a total package. In a manner not witnessed since the heyday of Prince, progressive-minded R&B artists churned out record after genre-defining, hit-making record of sophisticated and nuanced works full of complicated compositions that blend seamlessly into one another. Monae did it twice.

So it’s safe to say that the album did not die after all. In many ways, the opposite of the aforementioned proverb became true: The self-serving-single was dead and the album was brought back to the centerfold where it lived in the days where 33 ⅓ vinyl was the key format. But it’s not like the fear of a singles-driven economy didn’t come from somewhere. At the time, it certainly made a lot of sense. The predominant, affordable ways to preview entire albums were illegal and one could buy songs at a dollar or less a pop. So what happened?

In part, we have the quick growth of the music streaming world to thank. Sure, we started off with four-song players and Pandora ‘shuffle-streams’, but it was a relatively short time before Spotify (founded in 2006) and Bandcamp (2007) grew to be what they are today. We can debate the ethical quandaries over Spotify all day, but here are the facts: Services like this are (a) free or “freemium” for users (b) offer payment options for artists and labels and (c) offer an unprecedented ability for listeners to preview records. As much room as we might have to move forward in the world of digital sharing, that’s still significant progress.

For me personally, these services fundamentally changed the way I interact with new music and make purchasing decisions. Spotify became a preview tool for me; a way to evaluate my opinions on new music. This was surely important to me as a critic, but even more interesting as a fan. Because it’s essentially free, painless and risk-free for me to try out any album, I buy more music in physical formats. I might buy 20-30 mp3s a year for various reasons, but the real bulk of my spending is physical: LPs for me and CDs as gifts for friends and loved ones. I can only speak for myself, but this has created an interesting competition of sorts where the best full-lengths win and get purchased. If there are two or three life-changing songs on your record, that’s great, but I can just click and drag them into a playlist and take them with me on my phone. It’s the records I want to hold and cherish (and, sometimes, hug) that make the cut.

So did the internet change the music world? Absolutely. But I’m sure we can all agree that the LP never died. In fact, I’d argue it’s stronger than ever. If digital music has ruined the our collective ability to support and appreciate full-length releases, why was 2014 was the biggest year for vinyl sales in twenty years? And while it’s true that album sales for chart-toppers have stooped to a low point, I’d posit that this is a product of scales balancing themselves out. Because, has there ever been a better time to be an independent artist? Thanks to the changing course of the industry, we now have instant access to the kind of gems that, ten or twenty years ago, would have been doomed into obscurity hell until a post-career or posthumous reissue eventually crept along.

The album is alive and well; the physical LP is stronger than it has been in two decades. Despite various predictions of the opposite, the last five years have brought us one classic record after another, and in many ways that’s because of the Internet, not in spite of it. Bring on 2015 — I’m ready to be blown away again.