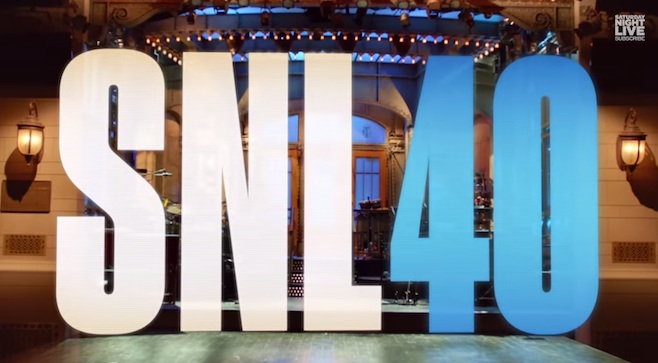 On deck to perform at the SNL 40 spectacular are Paul McCartney, Kanye West, Justin Timberlake, Paul Simon and Taylor Swift. Most likely, all of the artists listed will be performing songs, but it’s possible they could also be appearing in sketches — that wasn’t really made clear, though having Timberlake and Fallon onstage together could only possibly mean one thing: The Barry Gibb Talk Show.

So, set your DVRs for this one. In the meantime, if you missed SNL this weekend, D’Angelo performed some songs from his new album Black Messiah, and it was kind of awesome. Watch his performance of “The Charade” below.