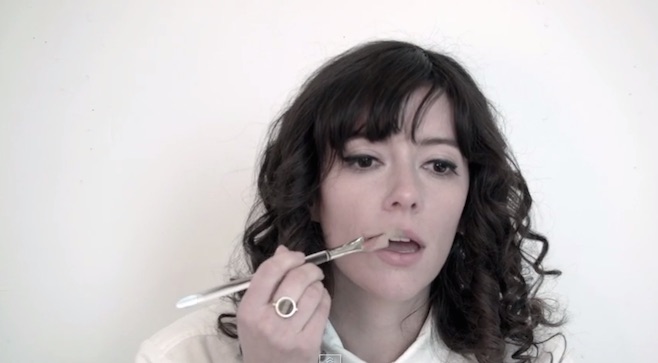 Natalie Prass has just released the first video from her new self-titled album, for standout track “Why Don’t You Believe In Me” via NPR Music. The clip is directed by Tiona McClodden and Erica Prince, and ostensibly has a pretty simple concept: Prass sitting down and putting on makeup. Oh, but if it were only that simple. As Prass goes through her routine, it becomes immediately clear that she’s not just putting on some foundation, but actually revealing something a bit more unsettling and surreal. It’s not quite Dali or Buñuel, but it’s a little bit unsettling all the same.

“The song is about self doubt,” Prass says in the NPR article. “So we thought it was appropriate that the video relate to the idea of self examination and layers that both distort and reveal.”

Yup, it’s distorted and revealing alright, and worth a listen if you want a morning hallucination. Watch the Natalie Prass “Why Don’t You Believe In Me” video below.