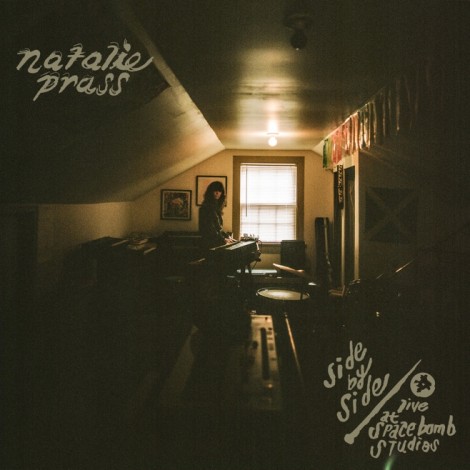 In a statement promoting the release of her live studio session EP Side by Side, Natalie Prass not so casually name drops James Brown’s Live at the Apollo, implying that she blasts that classic LP in between couple-song bursts of Simon and Garfunkel to “just to balance it out.” But here’s the thing: For an artist inspired so heavily by funk and R&B, Prass is a pretty gentle voice herself, much more in the Paul Simon wheelhouse than an R&B crooner. So, in some ways, her debut LP released earlier this year was a bit of a perplexing case. On one hand, Prass and her band have undeniable talent and write some truly impressive tunes. On the other, they have an almost by-the-book approach to a style that could stand to rely more on a feeling every now and then.

Prass’ Side by Side EP, featuring 5 songs recorded live at Richmond, Virginia’s Spacebomb Studios, held the potential to show a more sincere side of Prass’ music—some spunk or heart that the crisp-but-tame studio originals on her debut lacked. And, in the case of the two originals on Side by Side, that’s exactly what comes through. These versions of “My Baby Don’t Understand Me” and “Christy” keep their retro, ‘60s-tinted approach, but also offer a little more along the lines of a spunky, raw feel that also typified that decade’s recorded music. They offer a glimpse into what one might expect from Prass’ live presence, an aura that better serves these well-written tracks.

In her selection of covers for the EP, Prass shoots herself in the foot in two out of three cases, choosing tracks whose originals wield levels of passion that Prass’ delivery doesn’t quite live up to. Both in tackling Anita Baker’s “Rapture” and Grimes’ “REALiTi,” Prass puts herself in the shoes of two very different pop divas, and her versions come off pretty plain in comparison. While both arrangements are creative, they lack any sort of fire to help them stand up to the originals, which are both remarkable for their passionate performances. Despite her statements to the contrary, Prass seems most at home tackling the Simon and Garfunkel classic “The Sound of Silence,” channeling Carmen McRae’s jazzy take on this song, but making it truly her own. It’s the one cover that finds Prass having some fun with the song, rather than trying hard to fit into the tight mold put in front of her. It’s in that state of flexibility and spontaneity that Prass and her players truly thrive. And while there are definitely highs and lows on Side by Side, she shows enough promise of showing an even deeper shade of soul in the future.