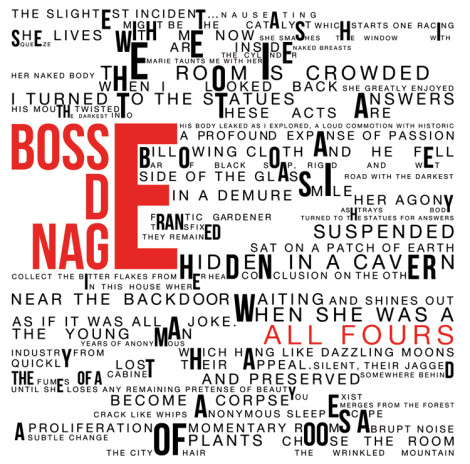 Shock value, just like that of punk or hardcore, has been diluted for a long time in black metal culture. The pretense of satanism and misanthropy can only stay potent for so long, and the violence that marked the early ’90s era in Scandinavia has long since waned, thankfully. That kind of chaos, however fascinating, is unsustainable, and for that matter, unappealing. Psychopathic assholes might be great for headlines, but bad for the growth of a fertile and creative music scene. But that doesn’t mean that black metal doesn’t still have the ability to set people outside of their comfort zone. That bands like Liturgy and Deafheaven — with paint-free faces and indie credibility — rose to prominence in the last half-decade sent more than a few message boards in a tizzy. That their albums Aesthethica and Sunbather, respectively, were critically acclaimed only brought troll hordes out in greater force. There have been some cases of false or misleading identity (Myrkyr, Ghost Bath), some fairly asinine statements from old-guard indie heads (Thurston Moore) and the occasional NSBM flirtation facepalm (Inquisition). But outside of the salmonella on Watain’s blood-soaked stages, black metal just doesn’t feel as dangerous as it once did.

That doesn’t mean that black metal music can’t still be provocative in its greatest moments. Bay Area black metal group Bosse-de-Nage isn’t exactly “dangerous” in the literal sense of the term, though there’s not a lot of information about the band to be found outside of their recorded output. They’re a press-shy band as a matter of operational procedure, and though “anonymous” might not be the best way to describe them, they make an effort not to let much personal information out into the world (though they do play live shows, so photos exist). But there’s most certainly something captivating about their art, most notably the lyrical style of vocalist Bryan Manning, who has a poetic penchant for the grotesque. He frequently draws imagery from sex, depravity and body horror in a way that would repulse the 50 Shades of Gray sado-come-latelies, but would delight the Marquis de Sade himself. That Manning is, in fact, releasing a book called The Sinking House, only reinforces the literary nature of Bosse-de-Nage’s beautifully twisted vision, and the eight compositions on fourth album All Fours are their most compelling creations to date.

Manning’s lyrical imagery has long been a fascinatingly filthy aspect of Bosse-de-Nage’s sound, but on All Fours, it’s more focused, and driven less by the horrors themselves than the linguistic way in which they’re presented. The title of the album comes directly from the leadoff track, “At Night,” in which the recurring character of Marie participates in a kind of equestrian fantasy. As the track transforms from a darkly abrasive noise-rock crunch into a melodic post-hardcore surge, Manning barks, “At night she reenacts scenes from her passion/ She kicks and screams on all fours — her violent dressage thrills me.” And in the lengthy, post-rock-leaning “Washerwoman,” Manning guides a spoken word intro of being “preserved in healthful light” by giant glass windows, soon to be shattered by “a bar of black soap, rigid and wet” by the title character as the song transitions into an intense black metal progression. Its final line arrives almost like a punchline, so blunt and profane it’s almost funny, yet kind of terrifying at the same time.

It’s not always so easy to make out Manning’s screams, however interesting they are when deciphered, though they’re just one of the many musical elements that go into All Fours‘ stunning whole. The album is similar to 2012’s III in that it’s not a purely black metal release — the band pulls from post-rock, hardcore, shoegaze and post-hardcore in their complex and dynamic compositions, and the stylistic experimentation here isn’t just consistently interesting, it yields the best songs they’ve ever written. When “A Subtle Change” hits its choral climax around the 2:30 mark, the band sounds like a blackened Fugazi or Hüsker Dü, while “The Industry of Distance” — one of the shorter tracks on the album — roars with the textural intensity of screamo pioneers like Orchid or Envy. And nowhere does the band sound as majestic as they do on the soaring “To Fall Down,” one of the most harshly beautiful tracks of the bunch.

Nobody should be surprised, in 2015, to hear a black metal album that’s actually this beautiful — bands like Agalloch and Primordial have been exploring the genre’s textures in a more atmospheric context for decades. But it’s still rare to hear a group pull off such an immaculate performance in the pursuit of music that’s both sonically and thematically this extreme. All Fours is dark, surreal, harrowing and invigorating. Whether or not it has the ability to shock is up for debate, but it will almost certainly send chills down your spine.