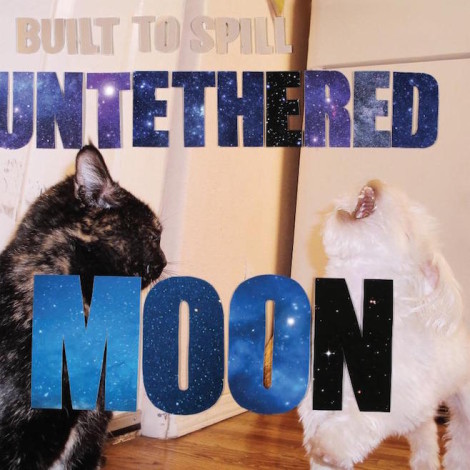 Doug Martsch is a compelling figure in Pacific Northwest rock because of the vessel of his profundity. We get ‘em in all sizes up here, but how Martsch and Built To Spill got to this point is a little exceptional. Whereas most of our mythologies are built on ethics (Olympia), communal bemusement with outsiders (‘90s Seattle), counter-intuitive business satire that actually works (Sub Pop), grass-roots individualism (Macklemore, I suppose), or reactive criticism (the entire Northwest music scene) against overgeneralization (this very sentence), Martsch has stuck pretty close to his own private Idaho (pun seen coming from a mile away) of challenging song structures and his tricky, still underestimated guitar brilliance.

That’s not to say Built To Spill hasn’t produced moving lyrics or emotional benchmarks; There’s Nothing Wrong With Love was replete with both. But their meaning has always felt more corrective to me. Their stock in trade is their conquest of the song form, and Martsch’s pursuit of every required outlet through guitar artistry, and the ability of his rhythm section to push him there. It’s a jazz player’s approach to a defiantly populist electric folk music, and on Untethered Moon, the first Built To Spill release in six years, Martsch sounds as committed to the method as ever.

Even as the album starts with what looks like a mission statement in “All Our Songs,” the feeling’s not so much self-referential as it is a reset of Built To Spill’s principles. “All our songs sound like they’ve been here forever,” Martsch sings; “we know there’s no other way,” and in unexpectedly declarative form, “rock and roll will be here forever.” But it’s the means by which this preamble’s delivered that counts: Drummer Steve Gere promises a jungle punk beat, while overdriven rhythm guitars settle for a couple of verses. About two minutes in Martsch uncorks every effect in his arsenal for a brief fugue of solos that seem almost like a demonstration record. By the end of its six-plus minutes “All Our Songs” sounds like a summation of everything held dear about BTS.

But it’s just getting started, and from there Untethered Moon operates primarily as a function of power, less heedful of restraint. “Living Zoo” kicks off with a minute and a half of gradually increasing tempos with Martsch bending out chiming and cutting leads, until the song suddenly drops into a tight expression of perspective, similar to Document-era R.E.M. Martsch wonders aloud at the simple truth of “Being a human/Being an animal too.” “Some Other Song” announces itself as an anthem with aggression and intent, but settles into a road valentine where Martsch’s vocals and guitars mirror each other. “C.R.E.B.” welds perfectly displaced guitar stabs with a BÖC-style melody and a space-consuming dub-style break, the nature of the components seemingly changing at will.

The closing “When I’m Blind” is the album’s biggest dare, getting a verse out of the way in 90 seconds before Martsch embarks on a five-and-a-half minute solo over one bass note and a near-polka beat. The solo’s more about the work of revelation than the tenets of expression, less lyrical than guttural, the exclamation point on all comparisons of Martsch to electric Neil Young. When Gere and bassist Jason Albertini finally break character and join Martsch to effect a surprise coda, it’s a revelatory concession of spirit that almost justifies the excess.

Given that Untethered Moon is as much a guitar album as any other Built To Spill record, there’s a haze over the production that sacrifices a bit of edge. Producers Martsch and Sam Coomes (Quasi) push Gere and Albertini back a little far into the mix, sanding down the sharpness and clarity that rang out with There’s Nothing Wrong With Love and Keep It Like a Secret. Even Martsch’s consumptive guitar runs into a blight of muddiness every once in awhile. But at least the sense of direction is clear, and after six years in which pop and rock productions have called attention to their enhancements, the rough-hewn naturalism of Untethered Moon might give us all we need to know. For supplementary information, refer to Doug Martsch’s well-worn fretboard.

Built to Spill – There Is No Enemy

Dinosaur Jr. – I Bet On Sky