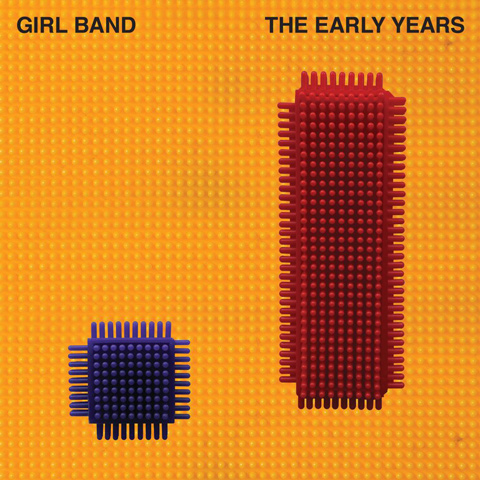 Truly, we are in the midst of a kind of Renaissance for band names that are either offensive or make people uncomfortable. Viet Cong spent a considerable amount of time half-defending, and eventually apologizing for their questionable choice of name — time that they probably would have preferred spending on promoting their actually very good debut album. Not long afterward, Portland metal band Black Pussy found themselves on the business end of an almost inevitable controversy about their name, and one that they probably should have seen coming. And there’s a good chance that when you read the name Girl Band, you did so a little cockeyed, especially upon knowing that there’s no girls in this band. But unlike Viet Cong or Black Pussy, I’d put my money on the Dublin-based band counting on their name rubbing people the wrong way — and the more uncomfortable you feel about it, the better.

Girl Band thrives on abrasion. They’re heavily indebted to the noise rock and post-hardcore from North America in the ’90s, like Shellac or Cherubs, or pretty much anything on the Amphetamine Reptile roster. And much like their musical heroes, there are few moments on this five-song EP that don’t antagonize, irritate or lean heavily on irreverence. And of the 20 torturous minutes on their debut The Early Years EP, Girl Band spends half of them paying their own twisted but very specific tributes to their own heroes via a pair of interesting, fun and characteristically dissonant covers. Their take on Beat Happening’s “I Love You” takes the sound of the Olympia twee-pop icons and drags it through some serious filth. Even more amusing is the band’s cover of Blawan’s 2012 techno jam, “Why They Hide Their Bodies Under My Garage?” Halfway through the track, it becomes an industrial sludge monster that pounds and pulses beneath Dara Kiely’s yelpy reading of the track’s title.

The originals on the EP show where Girl Band’s abrasive vision is likely to lead, however, and it’s considerably more interesting. “Lawman,” in particular, is a fun showcase for the sort of ugliness that they wield, as distorted screeches clash up against a steady bass thrum and Kiely shouting statements like “I used to be good looking!” and “I know I’m not a racist but…” There’s a bit more immediacy — and for that matter, more danger — to the chugging “De Bom Bom,” which doesn’t have anything close to what you might call a melody, but it hits the right spots regardless of being an almost wholly dissonant groove. Which leaves the 30 second punk explosion of “The Cha Cha Cha,” closing out the EP with the most reckless and lo-fi slap across the face in Girl Band’s arsenal. Whether or not there’s any statement behind Girl Band’s name, it’s at least been an easy way to capture people’s attention. The 20-minute shred and shriek of The Early Years is how they intend to keep it.