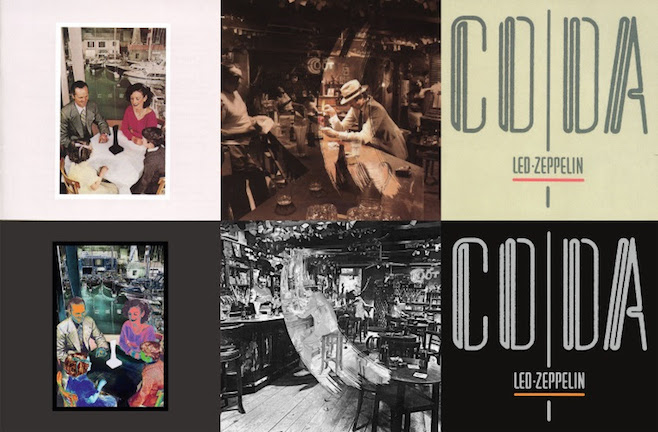 The final titles in Led Zeppelin‘s reissue campaign have been announced. On July 31, Swan Song/Atlantic will release expanded versions of 1976’s Presence, 1979’s In Through the Out Door and 1982’s Coda.

The reissues, like the previous ones in the series, will feature the original albums remastered by Jimmy Page himself, plus a whole bunch of bonus material. They’ll also be available in a bunch of different formats: CD, deluxe edition CD, vinyl, deluxe edition vinyl, digital download and box set. The box set includes all of those formats, in addition to a coffee table book with a print of the cover art and other goodies.

Presence includes reference mixes of “Achilles Last Stand,” “Royal Orleans” and “Hots On For Nowhere,” plus an unreleased instrumental song. The tracklist can be found here.

In Through the Out Door features unreleased alternate mixes of all of the songs on the album. Take a look at the tracklist here.

And Coda features two bonus discs, including unreleased songs “Sugar Mama” and “St. Tristan’s Sword,” plus rough mixes of songs from Physical Graffiti, and other rarities. Check out the tracklist here.

Led Zeppelin’s Robert Plant is one of our 50 Favorite Vocalists.