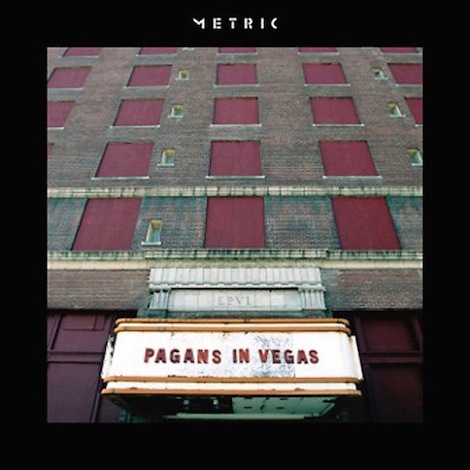 Canadian synth-pop favorites Metric are getting ready to release a new album. It’s called Pagans in Vegas, and it’s scheduled for release on Sept. 18 via the band’s own label, MMI. The group has shared a new video for the first single, “Cascades,” which you can watch below, right above the tracklist for the new album. It’s the first of two new albums for Metric on the horizon, with the next one slated for release in 2016. There’s also going to be a limited-edition cassette release of four bonus tracks that will only be available on the band’s website.