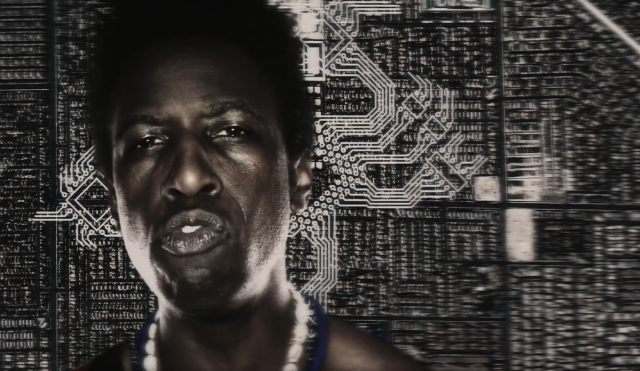 Saul Williams has had an unusual career, starting off as a slam poet before combining his spoken-word performances with dark hip-hop production, and eventually a noisy, industrial-rap sound in his collaboration with Trent Reznor, 2007’s The Inevitable Rise and Liberation of Niggy Tardust. After that, he portrayed Tupac Shakur in a Broadway production. But now, he’s back to making music, and in July he’s releasing a new album titled MartyrLoserKing. The album is being released in July, and its first single, “Burundi,” now has a cool, visually dazzling video to go along with it. The song features backing vocals by Warpaint’s Emily Kokal, while the clip itself depicts Williams in front of various scenes of political unrest and technological imagery.

The clip is directed by Kivu Ruhorahoza and the graphics are by Antonio Ribeiro. Watch the Saul Williams “Burundi” video below.