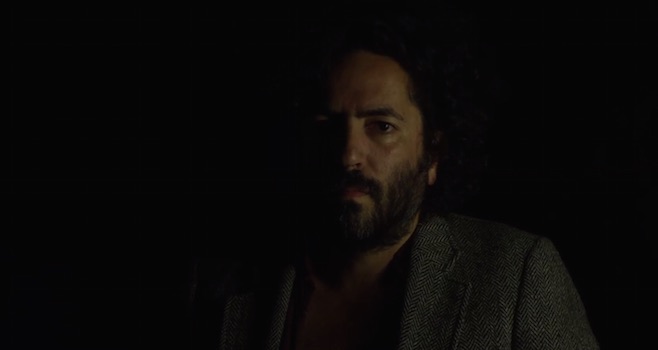 Destroyer has just released the new video for “Girl in a Sling,” from his upcoming album Poison Season. It’s a beautiful clip for a beautiful song, with stark shots of Dan Bejar in a dark room, as well as shots of an actual photographer’s dark room, cut with images of homes, with an overarching sense of melancholy draped over it all.

Director David Galloway released this statement about the video:

Bejar sings a lot about cities and girls and injury, sometimes all at the same time. Sometimes they are the same thing, as surreal novelists would have us believe. Besides, people like to see Dan sing which he doesn’t do a lot of in this video, but he does do a little bit. We wanted to make a video that dealt with central Destroyer themes: to some, Destroyer is a lech; to some, he is an arsonist; to some, he is a savior. To me, he is the consummate comedian, but he resists that role. So we decided to go the opposite way and make something sad, something tragic, something that fits the new record. The adage ‘comedy equals tragedy plus time’ is attributed to Carol Burnett’s mum. Or it might have been Steve Allen. Either way, I always want Dan to do physical comedy, but he resists. He’s a natural, though. He’s the Pacific Northwest’s Buster Keaton, and I hope one day to share that with the world. One day. For now, though, there’s just this sadness. This poison season.”

Watch the Destroyer “Girl in a Sling” video below. Poison Season is out on Aug. 28 via Merge/Dead Oceans.