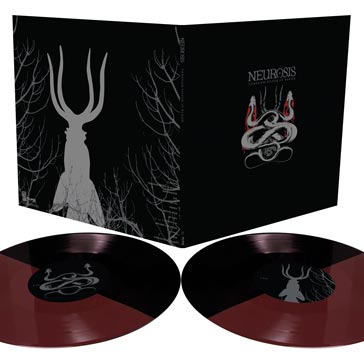 Relapse has been rolling out an ongoing reissue campaign for its 25th anniversary, which has seen some of its rare and out-of-print titles being repressed on vinyl for the first time in more than a decade (or even two!). One of the most iconic bands on the Relapse catalog, post-metal titans Neurosis, will see the reissues of three of their titles on vinyl. On Sept. 4, Relapse will release Through Silver in Blood and Times of Grace on silver, black, and oxblood/black vinyl, and Tribes of Neurot’s Grace on silver and black vinyl.

Each release comes packaged with new, deluxe cover art and packaging, and will be pressed on to 180 gram vinyl. Colored vinyl versions will be limited. Listen to a stream of “Locust Star,” from Through Silver in Blood, below.

Read our feature on 25 Essential Relapse Records Tracks, which features Neurosis’ “Through Silver in Blood.”