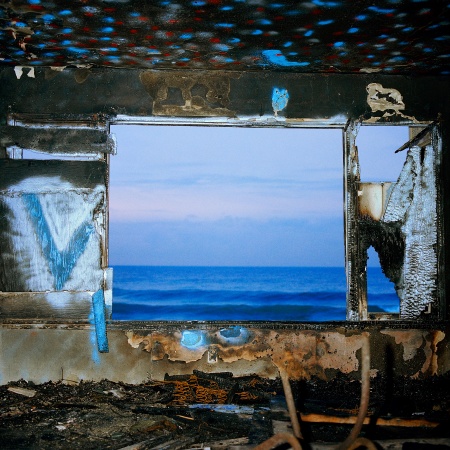 Last week, Deerhunter posted a mysterious countdown clock on their website, and as of tonight, they’ve revealed the meaning behind it: A new album. On Oct. 16, the band will release Fading Frontier, via 4AD. The group’s sixth album was written and recorded in Atlanta with producer Ben Allen, and features members of Stereolab and Broadcast. That’s the album’s artwork above, plus you can check out the tracklist below. The group has also released the first single from the album, titled “Snakeskin,” which features Zumi Rosow on treated saxophone. The single premiered via Atlanta’s AM 1690 Sunday night. Listen to the new track below.