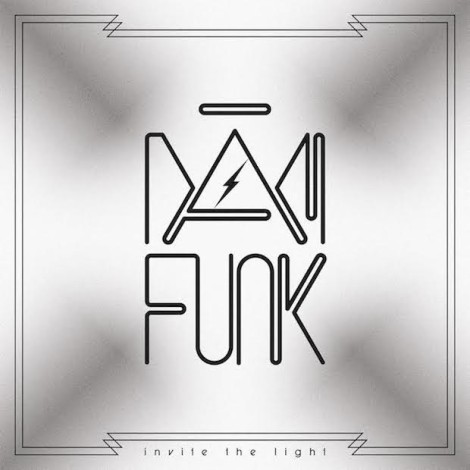 Damon Riddick is a generous guy. The Los Angeles groove architect, better known under his stage name Dâm-Funk, opted to forgo the formality of releasing a single-disc debut album, instead releasing five separate, amply sized EPs, which were compressed and compiled into the 2009 double-disc set Toeachizown. That’s a lot of funk; in fact, circa 2009—the era of “Sexual Eruption“—that much funk rarely arrived without heaping amounts of irony or throwback nostalgia, which made the presence of a genuine, artfully crafted funk box set of innovative and exploratory future jams that much greater a surprise. Not that issuing that much material was an excuse for Riddick to take a break; the following year he issued a series of older recordings titled Adolescent Funk, covered Donny and Joe Emerson with Ariel Pink in 2012, formed the collaborative 7 Days of Funk with Snoop Dogg (as Snoopzilla) in 2013, released Higher with Steve Harrington that same year, and built up a Soundcloud archive of dozens of unreleased tracks over the past couple years. I repeat myself: That’s a lot of funk.

Despite unloading an entire career’s worth of music in half a decade, it’s taken exactly that long for Riddick to finally release his second official Dâm-Funk album, Invite the Light, and it’s only slightly more concise than its predecessor. The vinyl version of the album comprises three LPs and includes three bonus tracks, adding 18 minutes to its running time, though even the single-disc CD version uses every spare inch of real estate the format allows. And to his credit, it would be disappointing if it weren’t so colossal; Riddick is a funk visionary—a dreamer—and when he sets his mind to a project, he pursues it to the fullest, fleshing out every facet until he’s exhausted all possibilities. In doing so, he’s yielded a set of modern synth-funk that’s both incredibly diverse and immensely satisfying.

Invite the Light is as much about soul-searching as it is about pursuing a groove, however, and Riddick’s electronic beats and synth squelches form the backdrop for an album rich in emotional depth. And certainly, some of those feelings are purely hedonistic, but in ways both subtle and direct, Riddick exorcises some lingering demons. His most explicit dance with darkness can be heard through the nasty pistol-cocking effects of “The Hunt & Murder of Lucifer,” while there’s a melancholy streak in the vocodered daydreams of “Missing U” and “It Didn’t Have to End This Way.” There’s not much in the way of lyrical exposition or narrative—it’s more about a feeling, and Dâm-Funk rides that feeling from anger to sadness to, ultimately, hope and redemption in the late-nite feelgood grooves of “Glide 2Nyte” and the all-star sing-along of “Virtuous Progression,” in which Riddick is joined by the likes of Nite Jewel, Kid Sister and Jody Watley.

Over the whole of its 78 minutes, Invite the Light lays out an atmospheric funk journey that Riddick has likened to an “audio movie” (and a cure for A.D.D.), which isn’t so much a roller coaster of emotions as it is a nuanced exploration of a complex human experience. Funk can be about more than just movement, though Dâm-Funk is often at his best when delivering his message in his most dancefloor-ready vehicles, of which there are plenty here: the bass-heavy new wave thump of “We Continue,” the positive-jam twinkle of “I’m Just Tryna Survive” (featuring Q-Tip), the P-Funk bounce of “HowUGonFuckAroundandChooseaBusta,” or the jazz fusion hallucination of “Floating On Air.” And yet, despite being the longest song on the non-bonus-track version, “O.B.E.” is the one that could probably fill an entire side of vinyl without losing its flavor.

In tone and in style, Dâm-Funk’s latest is closer to Mothership Connection than Maggot Brain, though Riddick’s pursuit of the latter’s affecting, introspective approach is what makes his brand of funk unique. His grooves contain multitudes, and his basslines twist and turn through the stages of his own personal growth and spiritual pursuit. You might miss the search for enlightenment on Invite the Light if your focus is solely on the ethereal synthesizers and righteous funk rhythms, but that’s perfectly fine—free your ass, and your mind just might follow.