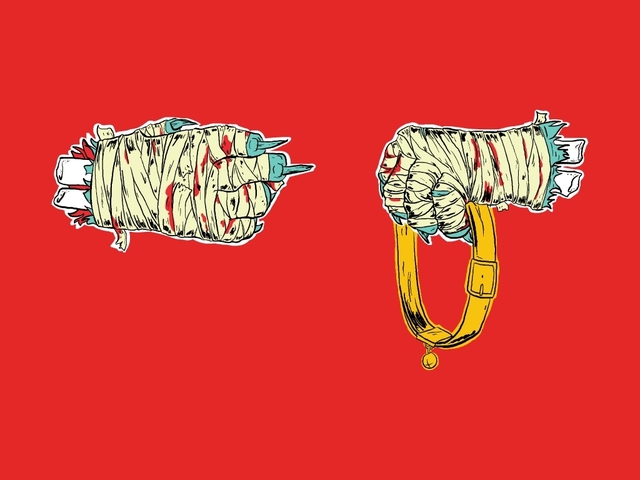 Meow the Jewels, the cat-remix album based on songs from Run the Jewels’ 2014 album Run the Jewels 2, is out now. The album has been in the works for most of 2015, and started as a joke included with a number of absurd pre-order packages for the album, one of which was that Killer Mike and El-P would retire from music. It came together via a fan-launched Kickstarter campaign, and is now a finished and utterly silly remix album, featuring remixes by Prince Paul, Just Blaze, Dan the Automator, Massive Attack’s 3D, Portishead’s Geoff Barrow and numerous others.

The album can be downloaded for free here, or pre-ordered on vinyl. El-P and Killer Mike have said that profits from the sale of the album will be donated to charity.

Read our 2014 interview with Run the Jewels.