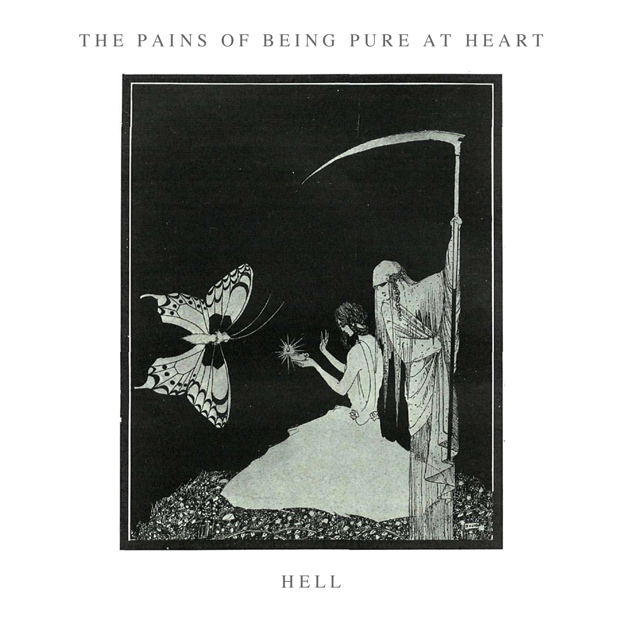 The Pains of Being Pure At Heart are getting ready to release a new EP. It’s called Hell, and it’s being released on November 13 via the band’s own label, Painbow. The three-track release contains two covers, one of James’ “Laid” and one of Felt’s “Ballad of the Band.” Listen to a stream of their cover of “Laid” below.

Kip Berman released a statement about the EP:

A couple months ago I posted a demo for the song “Hell” and some people said, “why don’t you record that for real?” So we went over to my friend Danny’s studio (House Under Magic) and recorded the track along with two cover songs – “Ballad of the Band” by Felt and “Laid” by James as a way to mark our forthcoming tour of Japan. The latter has lead vocals by Jen Goma, who sang on our last album and also performs with the excellent pop contortionists, A Sunny Day in Glasgow. The Felt song is really the UR-Felt song, the wry articulation of what Felt is most famous for – not being an eighth as famous as they ought to be.

The song “Hell” is about how insufferable performances of sensitivity are when there’s a good song playing and someone you want to dance with.

The Pains of Being Pure at Heart Hell EP tracklist:

Tags
The Pains of Being Pure At Heart

The Pains of Being Pure At Heart : Days of Abandon

Stream the new The Pains of Being Pure at Heart album