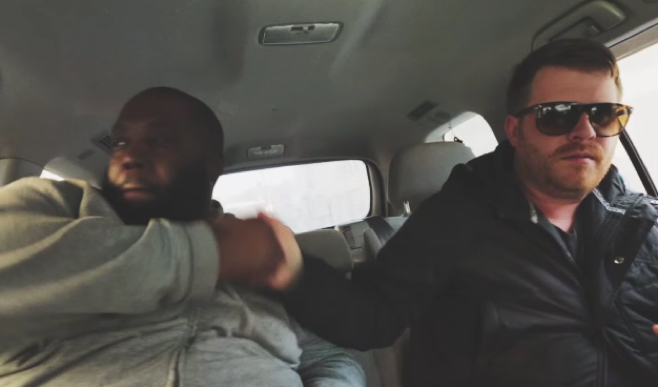 One year ago today, El-P and Killer Mike released Run the Jewels 2, their second collaborative album. And to celebrate the one-year anniversary of that dynamite release, they’ve issued a new video for the album’s standout closer, “Angel Duster,” courtesy of Mass Appeal. It’s a summary of the duo’s year spent performing around the world in support of the album, and features footage from Pitchfork Festival, Life Is Beautiful, Bonnaroo, Rock en Seine, BBC, Red Bull, Music Midtown as well as shots from the duo’s chief director of photography, Victor Michael. Ryosuke Tanzawa directed and edited the video, and it’s a fun victory lap from two titans at the top of their game. Watch El and Mike relive a hell of a year in the the Run the Jewels “Angel Duster” video below.