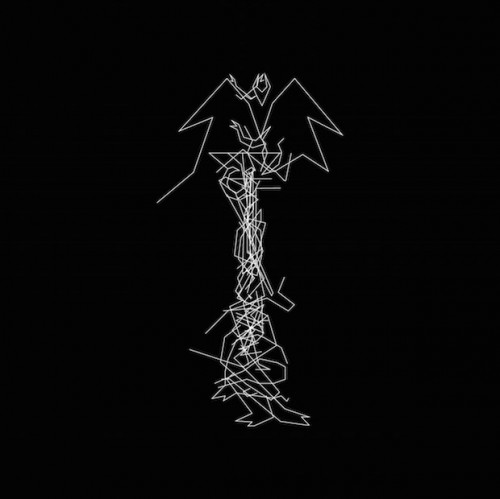 Daniel Lopatin is willfully, blissfully stuck in a time warp. The New York electronic musician and leader of the Software label has become the poster boy for retro-centric vaporwave music across the last few years/albums using his Oneohtrix Point Never stage name. At least since 2010’s Returnal, Lopatin has built and performed OPN music using technologies and sources from the 1970s forward. His new Warp release Garden of Delete continues this work, but for the first time Lopatin makes an album with a concept that’s story-based instead of just sonic.

This OPN tracklist is loosely inspired by countless great films of the 1980s and 1990s, namely (a.) teen dramas and comedies where Lopatin identified with an outsider character, and (b.) science fiction movies where weird creatures had to try to connect with humans. Garden of Delete finds Lopatin using an alien named Ezra as an avatar for himself—battling isolation, searching for acceptance, and using music for identity much in the same way as Duckie or Happy Harry Hard-on or Ethan Hawke’s Explorers might.

Garden of Delete arguably contains OPN’s most accessible music to date. If we have to pinpoint why, there seem to be a number of tracks (like “I Bite Through It” and “No Good”) incorporating the kind of guitar and muted synths favored by Jan Hammer’s 1980s crime-drama soundtracks or Pat Metheny’s poppy jazz of that period. But this is by no means a less challenging album than, say, R Plus Seven, especially when lilting and uplifting musical passages regularly bump up against some of Lopatin’s bleakest musical moments.

“Child of Rage,” for example, starts off with a legitimately disturbing bit of documentary dialogue—an old interview with an abusive older sister that I swore I actually watched somewhere—before blooming into vibraphone and steel drum pleasantries. “Sticky Drama” and “Animals” offer twisted takes on current-day EDM balladry: Their diva vocals are filtered and distorted as to be positively, well, alien, and Lopatin enthusiastically revises the rhythms to include double-time bass drums that mimic metal blast-beats.

The thing that makes these tracks and the album’s other major cuts (among them the industrial-music transplant “Lift,” an 8-minute meditation on 160 BPM called “Mutant Standard,” and Ezra’s shapeshifting theme song) so successful is beautifully chaotic momentum. For all of their cut-and-paste nature, the songs on Garden of Delete are continuously interesting instead of whiplash-confusing, and they manage to even revel in moments of sadness without being relentlessly nihilistic. This album is scary fun, in the manner of a rollercoaster.