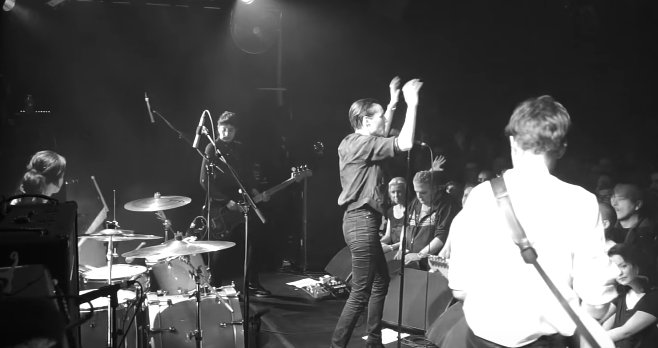 This week, Eagles of Death Metal asked musicians to cover their song “I Love You All The Time,” from their recently released album Zipper Down. The band pledged to donate all the income from the publishing royalties to the Sweet Stuff Foundation, which is aiding victims of the November 13 terrorist attack at the Bataclan in Paris, where the band was performing that night. At La Maroquinerie in Paris, UK post-punk group Savages covered the song, as reported by Stereogum. They’re the third so far (that we know of) to perform the song, following My Morning Jacket and Ween.

In 2013, Savages toured with Queens of the Stone Age, whose frontman Josh Homme is Eagles of Death Metal’s drummer. Watch the clip of Savages performing “I Love You All the Time” below.

Savages’ next album is titled Adore Life. Their new track “T.I.W.Y.G.” is an Endless Playlist pick.