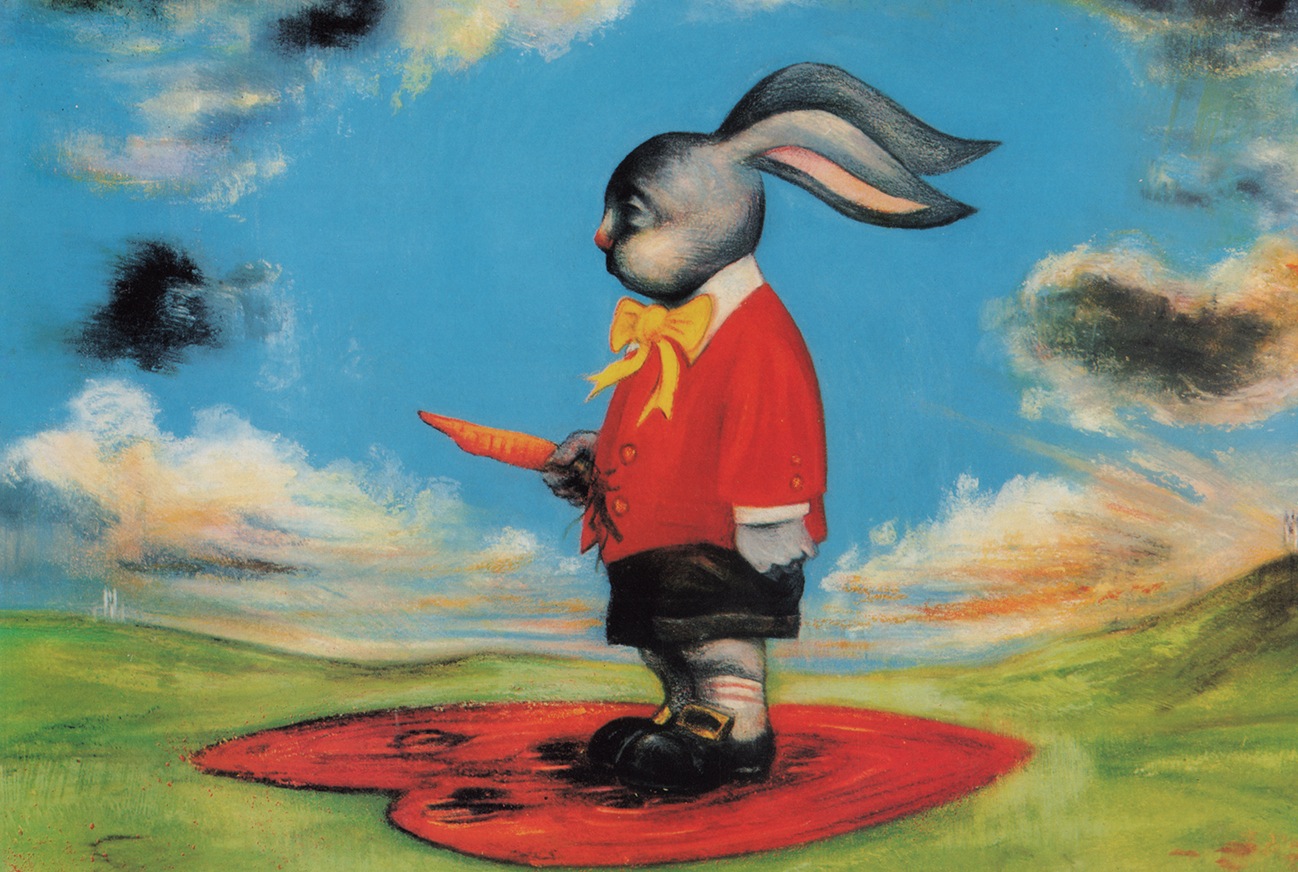 If Swans’ music ever made sense in the greater context of popular music at any point during their career, surely it was accidental. That’s not to say that they were never part of something greater. In the early ’80s they were at least briefly associated with the short-lived but influential no wave scene in New York, and their music has been embraced at various points by goth and industrial crowds, though that’s not the style of music they played—not exactly. Swans never did the same thing twice, their music a mutable and constantly evolving thing subject to frontman Michael Gira’s fickle, upstream, against-the-grain muse. They embraced slowness when music’s BPMs continued to rise, and they lowered their volume shortly before distortion pedals became the signature sound of alternative music. In fact, doing just that is what led to the band’s first and arguably only brush with mainstream exposure.

In 1989, Swans released The Burning World, to date their only major label album, and the one with the most notorious reputation (and this is coming from a group with a song called “Raping a Slave”). Swans had slimmed to just the trio of Gira, vocalist Jarboe and guitarist Norman Westberg, aided by a team of more than a dozen session musicians and producer Bill Laswell, whose no wave origins mirror the band’s own. Yet for as slick a production as The Burning World was intended to be, it essentially removed much of the darkness and edge that defined the band’s work up to that point, bearing little to no resemblance to the intensity of The Children of God from just two years before. The end result sounded more like R.E.M.’s Automatic for the People (which was three years from being released at that point) than any actual Swans album, and though it’s not by any measure a bad album, for all its moves toward accessibility, the album was deemed a failure. It sold poorly, and Gira was unhappy with the end result. “I abhor that album,” he told Mojo in 2011, and various other outlets since in a number of different ways. It’ll forever be known as the prodigal Swans album, but The Burning World wasn’t short on good ideas—they were just articulated so much better on 1991’s White Light from the Mouth of Infinity.

In a sense, the missteps of that album reinforced the band’s own commitment to independence. Swans and MCA parted ways, Gira launched his own Young God label, and put himself in the producer’s chair for the band’s seventh album. Yet the dawn of a new decade didn’t so much mean a rebirth of Swans as a reclamation of a creative vision temporarily derailed. White Light from the Mouth of Infinity sounds like an entirely different band than that of its predecessor. Counterintuitive as it might sound, this nuanced version of the band is more powerful, more confident. The bludgeoning noise and cacophonous din of past albums is almost nowhere to be found, but the music still punches you in the chest, as Gira once did to a soundman in a club to demonstrate how he wanted the music to sound. That punch just isn’t always so literal. White Light is the culmination of a half-decade of rethinking what Swans is and could be, and learning how to turn beauty and subtlety into something that leaves a greater impact. 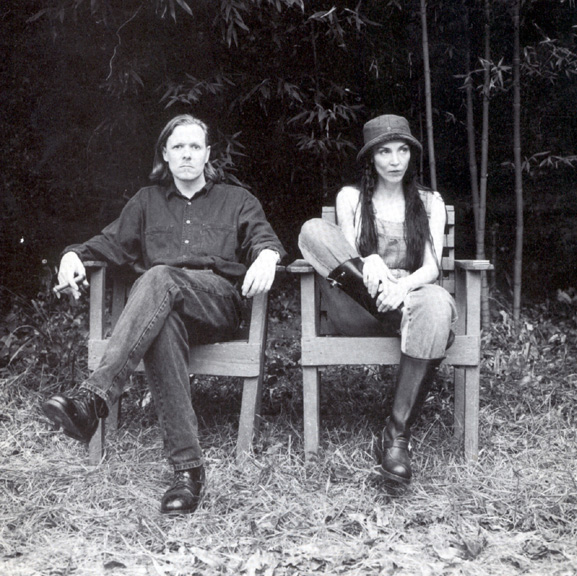 “It was at a time when Swans was starting to become known as loud, brutal, violent, all the usual buzzwords,” Gira said in a 2003 interview with WIRE, “and I was getting sick of it. And also annoyed with the idiot, mostly male, rock crowd we were starting to attract. It seemed just plain dumb after a while to rely on volume, that kind of ‘power’, so I forced myself into that way of writing, with initially—and maybe for quite some time—mixed results. But I’m glad I did it.”

White Light from the Mouth of Infinity—just reissued via Young God in a vinyl box set with kindred spirit Love of Life from 1992—was, upon its release, the purest distillation of Gira’s own explanation of the Swans name: “majestic, beautiful creatures… with real ugly temperaments.” The darkness in the music is palpable, and the menace just within sight over the horizon. It’s the delivery method that’s different—acoustic guitars, darkwave synthesizers, major key electric guitar, vocal harmonies and an overall embrace of conventionally beautiful sounds. That’s more or less what the previous album did, too, but its edges were too softened and its voice less than full-throated. White Light channels that same grace and takes to simultaneous extremes, channeling a palpable human emotion and an almost supernatural majesty, albeit with sinister underpinnings (and a slightly unsettling anthropomorphic bunny on the cover). There are few moments in the Swans catalog as purely joyful as the gorgeous chorus to “Song for the Sun,” nor as breathtakingly bleak as “Failure.” The ominous bell-toll opening of “Better Than You” rings out like ceremonial fanfare at some occult place of worship. And “Power and Sacrifice” lends gallop and fury to melodic goth rock, a style of music they never claimed ownership of, but certainly rebuilt in their own larger-than-life image.

There are a series of thematic threads that run through the album, a kind of sacred trinity of love, death/rebirth and light/the sublime. Michael Gira’s own recurrent themes are comparable to Johnny Cash’s, who was once the subject of a box set titled Love/God/Murder. But Gira isn’t so much in service of a greater power as he is in awe of it, his frequent reference to the sun as a deific figure in itself. On the celebratory highlight “Song for the Sun,” he finds redemption in its nourishing, kind of terrifying energy: “But I won’t cry, no/ I will survive the light of the sun as it enters me.” Likewise, the deaths that occur in Swans’ songs are more spiritual than literal, like the hopeless shell of a tragic figure at the center of “Failure”: “I’ve been lonely/ And I’ve been blind/ I’ve learned nothing/ So my hands are firmly tied.” Yet the album’s best and perhaps best-known song is “Love Will Save You,” a Bad Seeds-like ballad that combines the sacred, the tragic and the romantic in one darkly complex glimpse at the elusive and devastating power that love holds over people. “Love will save you from the snake that crawls around down there,” Gira sings, “But it won’t/ Save/ Me.” It’s without question one of the band’s prettiest songs, but yeah, it’s got a real ugly temperament.

It wasn’t quite the kernel of the colossal, mystical band that Swans has become in recent years—that process essentially started with Children of God. But White Light took it to a new level, transforming a once abrasive and antagonistic band into one whose music felt almost spiritual. It didn’t make many waves at the time, but it was made on the band’s own terms and with a more cohesive vision. A lot has changed in the band in the 25 years since it was released, both in lineup and in musical direction. For a while, Swans was, as a live album put it, dead. But while the chance of any of White Light‘s songs making it into a Swans setlist anytime soon is almost nil (Gira sometimes plays “Failure” and “Love Will Save You” at solo shows), it’s become one of the most revered items in their catalog. Even Gira himself, notoriously critical of his own music, reserves venom when speaking about it.

“I’m ambivalent about much of it, but then what do I know????” Gira writes in the notes for Various Failures, which compiles the band’s material from 1989 to 1992. “Some if it is genuinely good I think.”

Swans’ White Light from the Mouth of Infinity is genuinely good, and it’s good because it’s genuine. In the years following the beginning of Swans’ 15-year hiatus, Gira would continue to record under the name The Angels of Light, continuing many of the themes and textures if not quite the heft of this album. For years, it was a cult classic at best, eventually going out of print and about half of it being absorbed into the only halfway ironically titled Various Failures. Gira’s self-critique and perpetual journey forward is what makes him as much of a confounding figure as it makes him a genius, but he’d likely agree that White Light from the Mouth of Infinity surely isn’t a failure. It’s the sun rising over the buildings, a clear blue light in the sky, and the genesis of a beautiful and twisted artistic path.