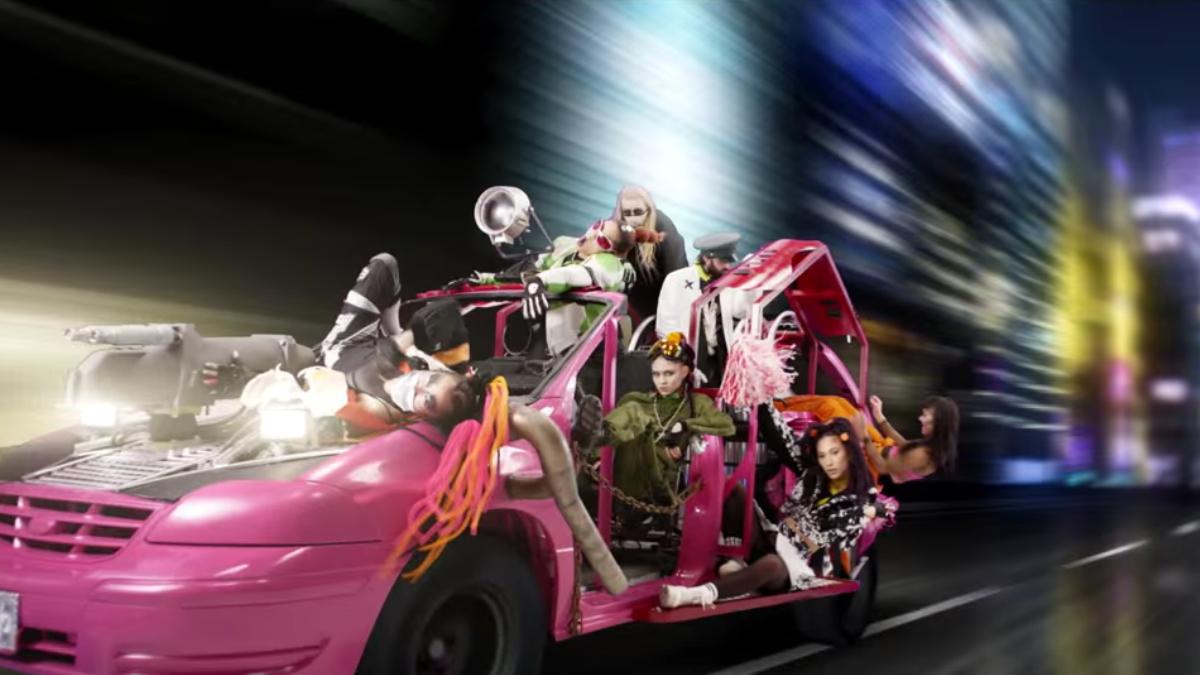 Grimes has just revealed the new video for “Kill v. Maim,” the latest single from her new album Art Angels. The clip is directed by Claire Boucher herself, along with her brother Mac, and it’s a suitably bonkers sci-fi cyberpunk fantasy (the song is about a gender-shifting alien mobster, as you might recall, so why not give the video a bizarre, futuristic look?). The clip nods to the Law and Order main titles, as well as Michael Jackson’s “Bad” video, while blending in elements of Mad Max, Tank Girl, Speed Racer and any number of other outlandish and colorful dystopian fantasies (including, perhaps, Ozzfest in the 1990s). It’s as weird and fun as we would hope for from Grimes.