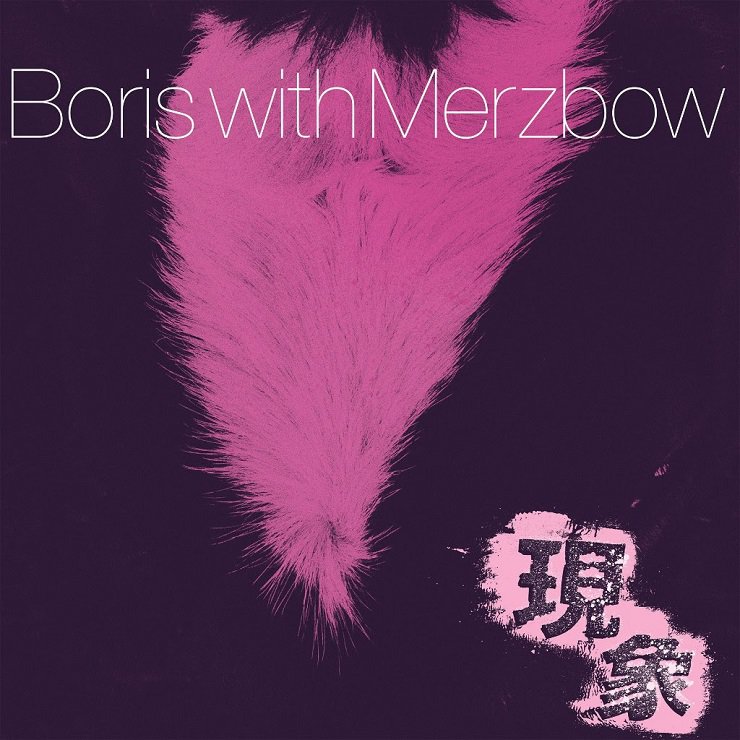 Going into Boris and Merzbow’s collaborative double album, Gensho, you need to ask yourself how much noise you’re willing to listen to. For me, just as an example, it’s a lot: I am a big fan of no wave noisemongers Swans, so I can digest a reasonable amount of noise if it works in the context of a song and not just noise for the sake of noise. But in this case, there’s also a strange inconvenience factor that isn’t as obvious at first. The catch to this album is, in order to get the full experience, you need to play two copies of this album once, or stream one and let the downloaded version play in iTunes—sort of like Flaming Lips’ Zaireeka, just not as extreme. I chose simultaneous MP3 plays and streaming and so the review will reflect that experience.

The first Boris song is synched with the tenth song Merzbow’s “Planet of the Cows.” You will find out really quickly that the balance of volume between the two sections is important, as the Merzbow contribution overpowered what Boris was doing. Boris’ song was more interesting, however, and in turning down Merzbow’s half I discovered more of an accessible musical experience. Seven minutes in it seemed like an even better idea to keep turning the Merzbow side down, as it was mostly squealing static. Sure it keeps Boris’ side from becoming too ethereal, but lends little to aide the melody or overall dynamics of the song, just creating a texture of white noise. On Boris’ side, the distortion was the only thing that made me realize we had moved onto another song. They lean more toward drone-metal tendency on this release, bringing to mind their earlier work. This ultimately shifts into noise on both sides for “Resonance.”

“Rainbow” finds Boris a little more focused on songwriting. Soft female vocals glide over the guitar. By the time I got to “Sometimes” I relented and turned down the Merzbow half even lower. The hum of feedback kicks in, and is followed by actual singing, making for an odd droning ballad. Then comes the shimmering feel to “Heavy Rain,” while “Akuma no uta” bathes you in waves of distortion. At this point the Merzbow side of the album stopped—perhaps I just needed to click on the next track, but reached my limit and imagined “Akirame Flower” benefited from not having the layer of noise underneath it. It had already gone in a shoegazey direction and anything more would have been a distraction. Things get fuzzy again with “Vomitself.” Groaning vocals come in over the jagged feedback and burly distortion, but it never forms into a real song.

I’ve enjoyed the shoegaze glaze Boris has steeped their sound in, and I would hope to hear them continue to explore it in the future. When the two projects were combined, it sank into something more to be endured rather than something enjoyed. Relapse is releasing Gensho as a double album, but it’s more like a piece of performance art.