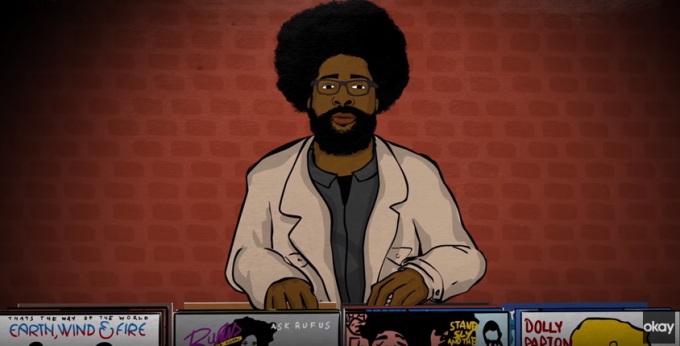 Last night at Brooklyn Bowl, during his weekly residency, The Roots’ Questlove paid tribute to the late musical legend Prince. Questlove’s DJ set consisted mostly of Prince songs, as well as a curious inside joke that should be familiar to those who know Quest’s history with Prince: He showed the Pixar film Finding Nemo. Earlier this year, via the Okayplayer Storyville series, Questlove shared a story about how he once deejayed a private party for Prince, and ended up being usurped by a DVD of Finding Nemo. Quest didn’t stop playing records to show the movie last night, but he did have it on while he spun. See some of the evidence below, courtesy of Twitter and Instagram, as well as the original video where Questlove tells the Finding Nemo story.

@questlove has #findingnemo on rn in honor, in tribute, of the late the great. #PRINCE. if u don't get it, google it pic.twitter.com/xOIJeStBcE