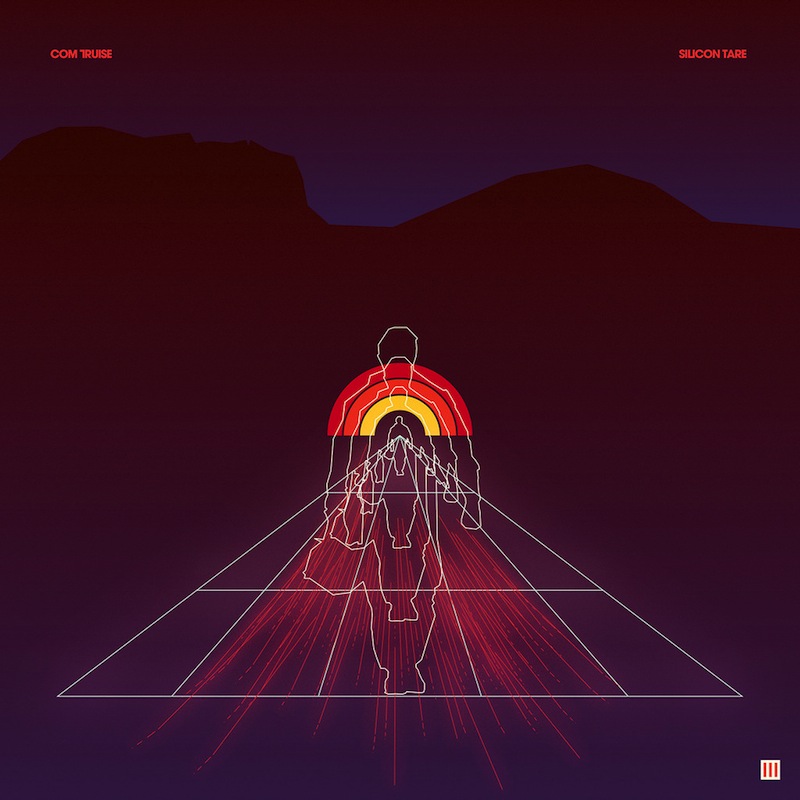 The term “tare” means an empty container or the weight thereof, so you can determine the weight of whatever goes into it. Trucks and trailers have their tare weights printed on them so highway and shipping officials can calculate the weight of their contents; deli workers weigh butcher paper on their scales before your sliced meats and cheeses. That Com Truise named his latest EP of beats and blips Silicon Tare is telling: He seems to use “silicon” to reference Silicon Valley, especially its rise in the 1980s, and the release is a container for sounds recalling the chips and boards developed there to help deliver electronic music to the masses.

This is the third chapter in Seth Haley’s quietly constructed sci-fi story told through music. On 2011’s Galactic Melt LP we are introduced to his protagonist, a synthetic astronaut just launched from Earth. On the Wave 1 EP in 2014 he lands at a space colony, finding both romance and impending war. Silicon Tare is meant to represent the heart-quickening excitement of both constructs in progress; given a limited amount of EP space and time, the result is Haley’s work as Com Truise sounding more focused than ever. He trades in prior space-rock and soundtrack inspirations for a short series of largely upbeat numbers rooted in the dancefloors of Minneapolis and Manchester.

In tone and construction “Diffraction” feels lifted from a b-side in the New Order catalog circa 1985. Meanwhile, works such as “Sunspot” and “Forgive” are synth-driven instrumentals seemingly birthed deep in R&B’s purple spectrum—think Prince, Jam & Lewis, Steve Arrington. Throughout Silicon Tare, keyboards, pads, and BPMs of a certain age replace the processed vocals and hazier, slower arrangements that colored earlier portions of Haley’s story and other releases like Cyanide Sisters. Sure, we need to wait for a forthcoming LP to hear how Com Truise’s tall technological tale gets resolved. But for a release that’s transitional in sound as well as in theme, this is pretty damn heavy.