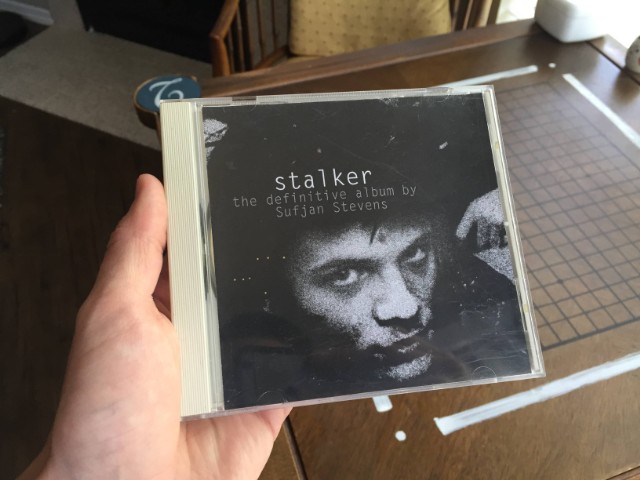 A Reddit user has recently discovered what appears to be an unheard Sufjan Stevens album in a dumpster. FACT magazine reports that the 14-track album, titled Stalker, was recovered outside of the musician’s studio in Brooklyn. After the album’s artwork was posted on Reddit, Stevens’ label Asthmatic Kitty responded, admitting they weren’t sure if it was a legitimate release and asking the user to keep its content discreet. Regardless of their pleas, most of the songs have already been posted online. The album’s full tracklist is included below.