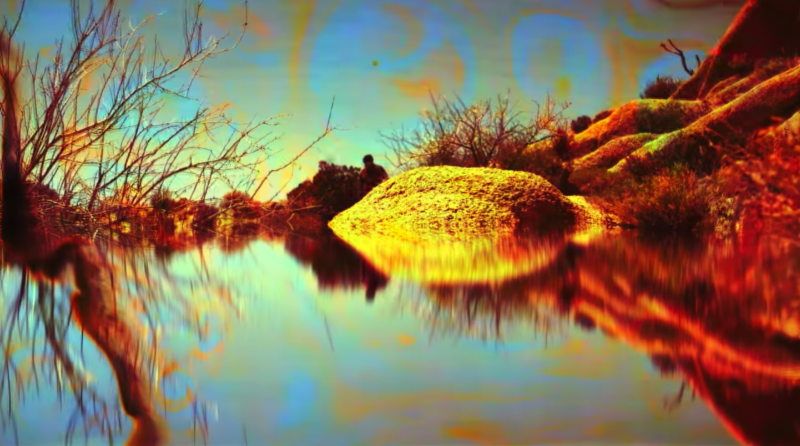 Today, the new album by Richmond, Virginia doom metal outfit Inter Arma, The Paradise Gallows, is released via Relapse. (It’s currently our Album of the Week.) The band has already shared a handful of tracks from the album, including “Transfiguration” and “The Paradise Gallows,” each of which has been selected as a best metal track of the month in past Shadow of the Horns columns on this here website. To coincide with the release of the album, Inter Arma has just shared a new video from The Paradise Gallows, for the psychedelic standout “The Summer Drones,” and it’s got a suitably trippy visual to match. Co-directed by John Nunn and Mikael Simpson, “The Summer Drones” is a hallucinatory desert trip with lots of swirling lava lamp effects. Far out. Watch the Inter Arma “The Summer Drones” video below.