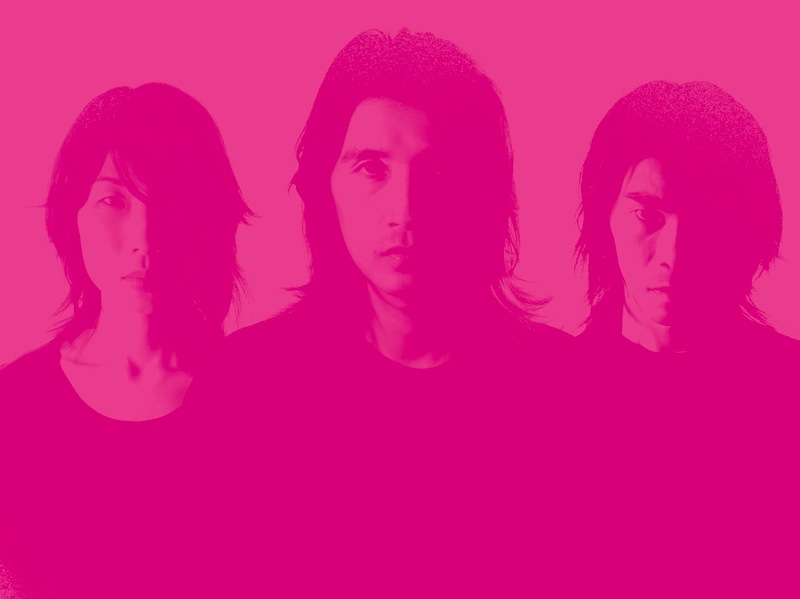 This has been a pretty rough year for heroes. In January, just after his 69th birthday, David Bowie died. In April, we lost Prince. Just over the weekend, Muhammad Ali passed away. And the metal world hasn’t been the same since Motorhead’s Lemmy Kilmister died at the end of 2015.

It’s hard not to take a look at the inevitable and sad effects of time taking its toll on those we’ve listened to and looked up to for years and wonder if, perhaps, we haven’t done a good enough job of appreciating them while they were around. I know I have. There are far too many nights I’ve shrugged off a live show, simply because I was tired or didn’t feel like going by myself or just got lazy. It’s happened to the best of us. But I’m making a point of trying to choose as wisely as I can. After all, not all legends maintain their power as the odometer turns.

Just last month, I skipped seeing Pentagram in San Diego, mostly because frontman Bobby Liebling has a legendary reputation that’s not so flattering. He’s long struggled with drug abuse, and on the band’s recent tour, he’s shown up as much as four hours late to shows. That, plus openers Wax Idols dropping off due to poor treatment on the road, ultimately made me think it might not be worth my time. Similarly, Slayer is playing a small-ish venue next month during Comic-Con, and I’m tempted to go. But without Dave Lombardo or Jeff Hanneman (R.I.P.), is it really Slayer (it is, kinda, but still).

These decisions are tough calls, because while I’d love to be able to say I saw any number of bands while they were still able to perform, ultimately there comes a point where the experience just isn’t what you’d hope it to be. That being said, I’m doing a pretty good job of making up lost ground on bands I’d missed before. In March I saw French prog weirdos Magma, whose set consisted of four pieces, one of them essentially a full-length album. It was pretty nuts, and well worth seeing. Likewise, I’m making a point to see Brian Wilson perform Pet Sounds in full, which might be the last time this sort of thing ever happens. I’m also planning on catching Boris perform Pink in its entirety. That’s a little different, obviously—I’ve seen Boris several times before, though given how much their setlists change, it’s sort of a rare occasion.

It might sound like I’m working on a checklist of bands, and that’s sort of true. But I’m also well aware that some experiences likely aren’t what you build them up to be. I’m still trying to find that balance, but whatever band I’ll find myself in front of in the years to come, I’ll make sure to soak in the experience instead of simply marking off an item on a list.

The best metal tracks of June 2016

Terra Tenebrosa – “The End is Mine to Ride”

Formed after the demise of Sweden’s post-hardcore bruisers Breach, Terra Tenebrosa have made a career of enigmatic menace since first debuting with The Tunnels in 2011. It’s a much darker, more evil sounding band than Breach ever was, though since its members go by pseudonyms (The Cuckoo, Hibernal, Risperdal) it takes some research to figure out what the connection is to that band. Photos also only seem to depict one dude in a fucked-up looking mask. As it goes with metal. Marketing gimmicks aside, “The End is Mine to Ride” certainly carries some of the post-hardcore thrust of that now defunct band, with all the ghastly theatrical hauntings of black metal. Discordance, accessibility and grandeur combine in a fascinatingly unexpected way here, and it works brilliantly.

[from The Reverses, Debemur Morti; out June 17]

Zeal and Ardor – “Come on Down”

This track technically was released in April, showing up on Bandcamp without too much fanfare or any label support to promote it. But this highlight of Zeal and Ardor’s Devil Is Fine is probably the most noteworthy innovation in metal I’ve heard this year. And considering bands are always finding new avenues to explore, that’s saying a lot. The New York band combines black metal with blues, gospel and spirituals, infusing black American folk music into a style that came to rise in Europe around three decades ago. In some sense, it’s not unlike Panopticon’s combination of black metal and bluegrass, but it reminds me a bit of Algiers’ self-titled album from last year, which similarly mixed gospel and soul with post-punk and industrial. This, to me, is a thrilling development. For starters, there’s pretty much nothing out there that sounds like it, but more than that it signals that no matter how far metal has come, it still has so much more to explore.

[from Devil is Fine, self-released; out now]

Canadian black metal outfit A.M.S.G. have a fairly brief body of work to date, but with the first sound to emerge from their crypt in 2016, it’s starting to look like they’re headed to some interesting places. Opening with some classical guitar licks, “Broken Chains of Cursed Flesh” opens gently yet darkly, inviting in a wisp of foreboding before the whole thing blasts forth into some harsh, old school sounds. It’s a tuneful and intense update to a classic black metal sound, and it sure does rip. To quote the words of a Soundcloud user, “very fuck old school.”

I included an Inter Arma track in last month’s roundup, and while I generally avoid including something by the same artist two months in a row, I couldn’t very well let this one go. “The Paradise Gallows” is simply one of the most breathtaking pieces of metal I’ve heard all year, and the album as a whole is shaping up to be best-of-year worthy. The Richmond, Virginia band continues to grow bigger and more ambitious with each release, this track in particular feeling like one of the most colossal slabs of music they’ve put to tape. Yet all the more remarkable is the subtle beauty of it all. Doom metal more than any other genre of metal has a tendency to showcase a stately elegance, but this is utterly breathtaking.

[from Paradise Gallows, Relapse; out July 8]

Nails – “You Will Never Be One Of Us”

The thing about California powerviolence/grindcore outfit Nails is that you more or less know what you’re going to get with them, and it’s going to be relentlessly brutal—and awesome. Nails play with maximum intensity and velocity, uncompromising in the impact of their pummel. “You Will Never Be One Of Us” is no exception, an 89-second detonation of menace and brutality, kicked off with ominous readings of the song’s (and album’s) title. It’s a small taste of what will no doubt end up one of the year’s heaviest albums, thanks in some small part to producer Kurt Ballou. Metal bands more often than not go epic beyond the necessary expectations, but when you can leave a crater in the earth in less than two minutes, that might be even more impressive.

[from You Will Never Be One Of Us, Nuclear Blast; out June 17]

The best metal releases of the month.

Cough‘s Still They Pray: This Virginia doom metal outfit has put out a handful of albums to date, but their Relapse debut is the one that finds them making their biggest step up, expanding and solidifying the doom sound they’ve been working on for a good half-decade or so. It’s certainly their best sounding record, with the beefed up sound of their guitars making for a sufficiently badass take on doom. (Relapse)

Kvelertak‘s Nattesferd: As the Norwegian band progresses along their career journey, they blur the lines between their hardcore intensity and classic rock heroism, all the while finding an even broader expanse of sound in the process. It sounds a little like an oxymoron, but Kvelertak somehow pull off both feats impressively, with lots of riffs to spare. (Roadrunner)

Sourvein‘s Aquatic Occult: Doom metal doesn’t always have to be epic. Pulling more from the school of Eyehategod or Acid Bath—or noisy sludgemongers Buzzov-en, with whom they share members—Sourvein keep to concise growls of sludgy, doomy nastiness. It packs a punch and then gets the fuck out, which is a nice alternative to some of the more progressive doom artists of late. (Metal Blade)

Wrong‘s Wrong: Fronted by ex-Kylesa member Eric Hernandez, Wrong looks back to a time when alt-metal reigned supreme for their sound. Specifically, their brand of grungy, metallic post-hardcore finds its inspiration in the chunky drop-D riffs of Helmet circa Meantime. And that’s actually a pretty interesting turn of events, given that most ’90s worship today leans more toward The Deftones (which I don’t mind at all, actually). When Wrong steps out of Page Hamilton’s shadow, however, even cooler things happen. (Relapse)