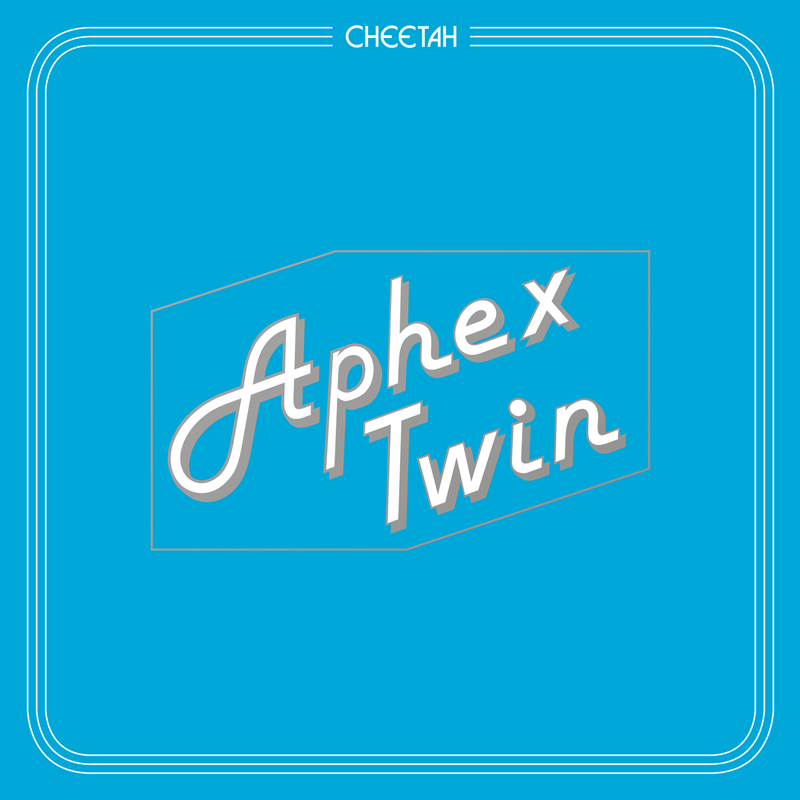 The drought is over, for now. Aphex Twin has already released a total of four records in the last two years—following a 13-year drought—proving his creative streak wasn’t limited to the ’90s. When Richard D. James mentioned in 2010 that he had six albums ready to go, it seemed he was just being boastful, but he removed all doubt after opening the tap. Sure, there might be an archive of more music stashed away inside his digital cavern. But James is slowly partitioning it out and, so far, it’s been pretty great. Syro, from 2014, was unexpected, but a welcome return and an exciting album, a refresher course in why he’s revered by many electronic artists that have since become his contemporaries. Yet his release schedule remains unpredictable. The PR for his work is unexpected, sometimes filled with anecdotes. It’s hard to top a blimp advertising a new record in the sky, but the promotion for his new Cheetah EP was a clever and subtle one; posters sent out to small record stores, presenting the new record as an instrument. But like all things Aphex Twin, there’s obviously a deeper meaning behind it.

As it turns out, the EP (and the design of the ad) takes its name from the Cheetah MS800, a real instrument that ended up being a notorious piece of hardware as the MS800 was one of the most difficult synthesizers to program. Musicians had a hard time trying to figure out the functionality, and it became known as an annoying machine. The difficulty surrounding the MS800 sounds like something James would immerse himself in, as his music is already beautifully complicated. Despite its history of being so painfully hard to program, James makes it look like a cakewalk (the synth likely playing a major role in the recordings). James’ music doesn’t come from conventional means, after all; he’s a sound programmer and engineer who happens to make pretty damn good music.

Each track on Cheetah EP is meticulously crafted and constructed with some exciting results. It’s also not as complex and intricate as his earlier records; if anything, this is James at his most simplistic and that’s putting it mildly. For instance, “CHEETAHT7b” is loaded with tiny arpeggios, tight patterns, a droning synth (probably the Cheetah), and programmed drums. Minimal sounds, yet still fully loaded. The two tiny brief interludes, “CHEETA1b ms800” and “CHEETA2 ms800” are James’ tinkering with hardware, the system split apart as he puts together an abstract piece. “CIRKLON 1” ups the ante a little bit, and sounds more like a signature Aphex Twin track. “2X202-ST5” is another staple in his already dense catalog, easily the best way to close out the EP; the beats wound together mesh with an intense BPM, brimming with excitement.

The flaw of Cheetah EP—if you can call it that—is that it’s a succinct take on newer material, but less is always more. James drifts back and forth between his signature BPMs and opts for slower, less dense beats. No matter how it manifests, the return of Aphex Twin in these last few years has been pretty extraordinary. James was never really done with music, nor was he done being exciting with it. Cheetah EP further emphasizes that point entirely. Sometimes the wait can be well worth it.