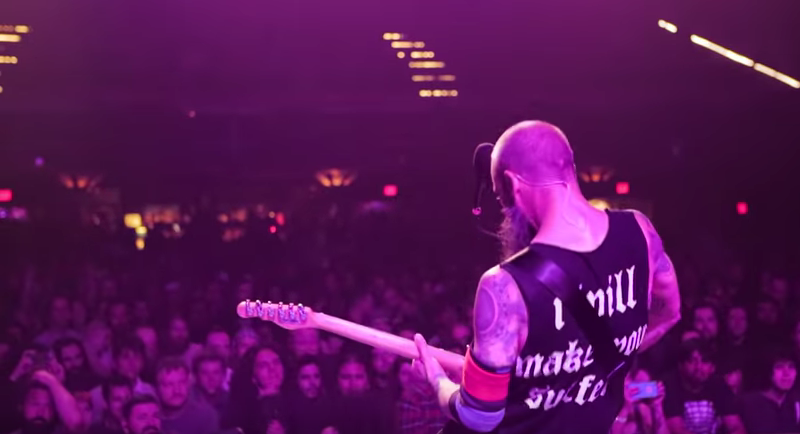 Baroness have just released another new video from their outstanding fourth album, Purple. The clip is for the hard-rocking highlight (aren’t they all?) “Try to Disappear,” which comprises footage from their recent tour behind the album. They’ve also got more shows lined up to support Purple, and if you haven’t seen them yet, you are missing out. Check out the new video below, which just premiered via Juxtapoz, and their upcoming tour dates.

Baroness’ Purple is on our list of the Best Albums of 2016 So Far (even if it technically came out just as 2015 was ending).