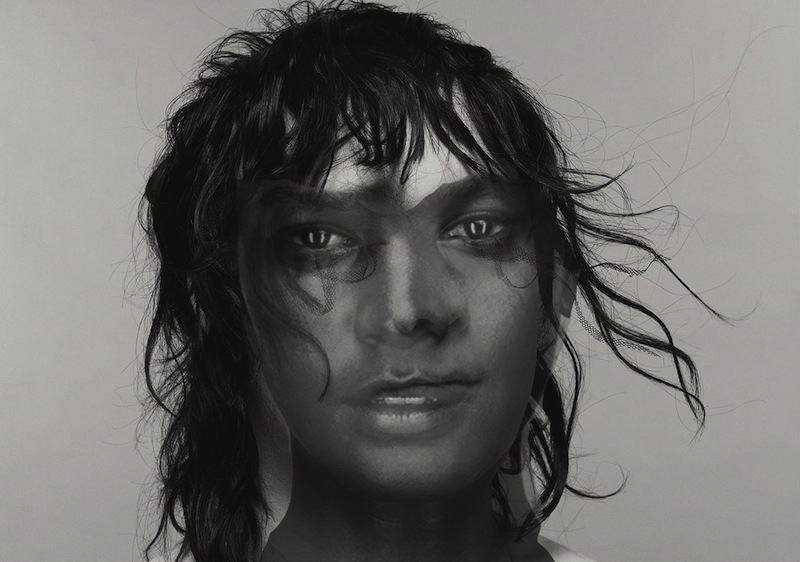 The paradox of 2016 is that while institutions seemed to be falling apart at every turn, artistic expression is as strong as it’s ever been. Electronic music, in particular, has been pushing into bold territory with a long list of releases that both challenged norms while reinforcing their accessibility—and danceability. Veteran favorites returned with new grooves, younger artists took bold steps forward, and the limits of genre stood in pretty much nobody’s way. It’s been a fun, weird, and truly adventurous year in electronic music—those are the best kind. Enjoy our list of the 10 Best Electronic Albums of 2016. 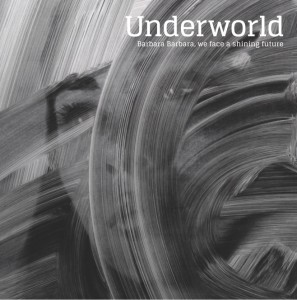 Underworld’s greatest albums—1994’s dubnobasswithmyheadman and 1996’s Second Toughest in the Infants, in particular—stand tallest in their discography because of their perfectly balanced ratio of dancefloor innovation and cerebral progressivism. Barbara Barbara, we face a shining future takes an admittedly different tack. Their most playful album in years, it’s the sound of a pair of beatmaker veterans throwing up their hands, moving their hips and just having a blast turning out the jams. And yeah, there are most definitely jams throughout. The pulsing techno of “Low Burn” recalls the band’s greatest moments of the 1990s, whereas opening pair “I Exhale” and “If Rah” take a couple of pages from the book of LCD Soundsystem. For as much hay was made about Metallica and The Rolling Stones getting their respective grooves back, Underworld proved that some old-schoolers never actually lose it. – JT 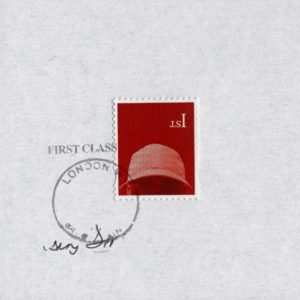 There’s no earthly reason why American hip-hop fans and tastemakers haven’t given U.K. rappers their propers. Joseph Junior Adenuga was three LPs and five mixtapes deep before releasing Konnichiwa in May, and if he wasn’t legit hot by then he was Mercury Prize-winning, Drake-approved straight fire after. Skepta appears on this list because he’s not just a cunning linguist (“Lyrics,” “That’s Not Me,” the bittersweet “Text Me Back”). His brand of grime production is what brings all the boys to the yard, a beeping, buzzing breath of fresh air. It falls in step with recent domestic house-rap successes like Shamir and Azealia Banks, and continues a British tradition of fun tent-filling aggression ranging from The Prodigy to Dizzee Rascal. With that pedigree, the struggle shouldn’t have to be that real. – AB 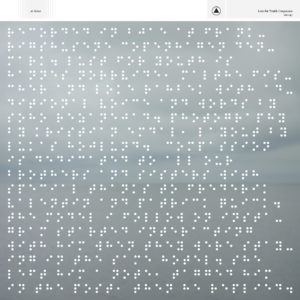 “You have a part to play tonight/In whatever is to come.” Wavering synth-driven pop does not start or end with The xx. This Copenhagen trio provided a reminder of this way back at the beginning of 2016. Compassion is a carefully and deliberately assembled puzzle, and the pieces are deceptively epic: emotional new wave swoosh (“Limerance”), Britpop played almost straight (“Display”), echoing dream-pop (“Stardom”) and dancefloor-driven moodiness (“Better Looking Brother,” “Sudden Ambitions”). It’s a short but sharp album, a one-inch punch of entertainment that feels somehow dark and light at the same time. – AB 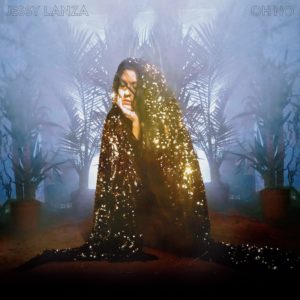 The title of Jessy Lanza’s Oh No is intended as a statement of panic. The Hamilton, Ontario artist works through a series of anxious thoughts and feelings of alienation throughout the 10 tracks on her sophomore album, though her method of therapy is one we can all relate to: Dance the bad feelings away. A step forward from her 2013 debut Pull My Hair Back, Oh No finds Lanza embracing pop and R&B in even more explicit ways. “Never Enough” feels like Janet Jackson’s Rhythm Nation transported 20 years into the future, whereas “Going Somewhere” undercuts an obvious ballad by assaulting it with hyperactive beats. The real standout is “It Means I Love You,” whose simple, elegant tabla loop is a testament to Lanza’s ability to build from simple ideas into richly sumptuous productions. Oh No is full of tension and anxious, frenetic beats—heavily inspired by footwork—but the end result isn’t uncomfortable in the slightest. Dance music has long been a cure for what ails us; Oh No simply ups the dose. – JT 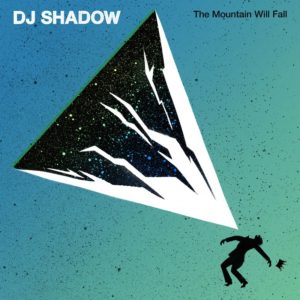 It’s taken forever and a day for Josh Davis to sniff any of the creative praise or commercial success promised by the atmospheres of Endtroducing… 20 years ago. He expended too much time and effort afterwards trying to reinvent that particular wheel (The Private Press), jump onto some other genre’s coattails (The Outsider), or build some other tough-to-define sound from the ground up (The Less You Know, the Better). Shadow’s hardest work and most fun seems to have been found on the road for live sets and mixing challenges. In pulling some of the best sonic formulae from his past albums—pastiche (“Three Ralphs,” The Sideshow”), glitched tech (“Bergschrund”), pomo conventions in pop (“Pitter Patter”) and rap (“Nobody Speak”)—he helps this album approach that level of excitement. – AB 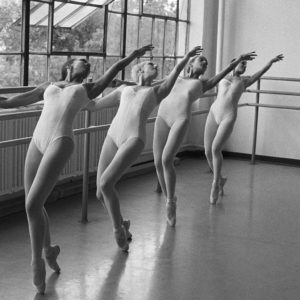 Most of Andy Stott’s music is caked in grime. And that’s actual grime—the greasy muck that gets under your fingernails and scuffs up your shoes and makes the air more toxic. That nasty stuff is still there on Stott’s new album Too Many Voices, but it comes in a disorienting variety of colors, his noxious distortion taking on a more ethereal quality if not one that’s more pop, per se. A post-punk bassline adds a heavier weight to the vaporwave daydream of “New Romantic,” while “First Night” fuses eerie tension with moody sensuality. And even though there’s a slow-burn sensibility to “Over,” it feels on the brink of visceral danger. There are more shades than grey in Stott’s palette, but most of them still appear to indicate dire warnings—thank god. – JT 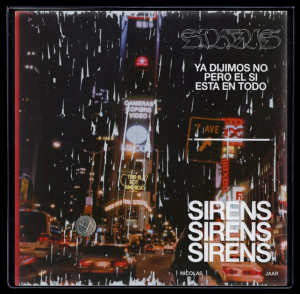 An unassuming figure in the world of electronica production and experimentation, Nicolas Jaar released his second official solo LP at the end of September. It’s as full of surprises as he is. You’re surprised by its ability to hang around, quietly, in the background. You’re equally as surprised when it bursts forth with melody and rhythm and dissonance. The wind-chime blasts of “Killing Time” crash like waves but don’t push you away. “The Governor” is growling vocal pop driven as much by oboe as by wildly spinning percussion. There are also subtle but important contributions from Jaar’s South American heritage: sampled discussions (one with his artist father about a statue, one with an anonymous neighbor about Chile’s General Augusto Pinochet), and the bossa nova-meets-dub groove of “No.” Sirens is a musical grenade, unpredictable yet finely constructed. – AB 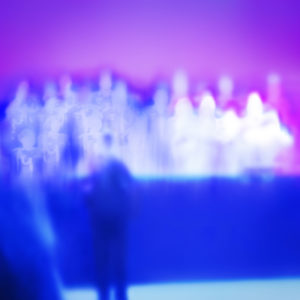 Tim Hecker’s crashed our best electronic albums list in the past, though it always seems strange to consider the Canadian composer and collagist in the context of synths and beats. His music always seems curiously physical, the sounds of wood and metal coming together in twisted and distorted ways in order to channel something beyond our comprehension. Love Streams pushes the extremes in either direction—using human voices in order to channel the distortion-treated manifestation of the divine—and ends up as one of his most accessible and immediate releases, in so much as you can say that about anything Hecker would release. It’s a chilly and chilling album, reaching hands to the Holy Spirit while crossing The Matrix. It’s beautiful, and it’s weird: Tim Hecker has made his journey from ravedeath to ambient afterlife. – JT 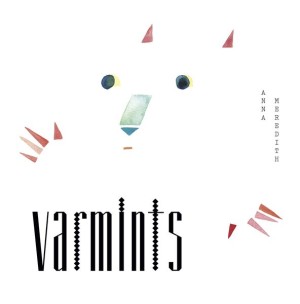 Varmints is the sound of someone at breaking point. Anna Meredith has been playing in the refined world of classical music for over 15 years, having been made a senior fellow at London’s Royal College of Music in 2003. Her exploits in playing among orchestras and composing for BBC commissions have carved her an enviable reputation, but the Scottish wunderkind had been growing increasingly artistically frustrated. The first signs were in 2012 when she released the earliest version of Varmints opener “Nautilus.” It is a confrontational piece, still polyphonic and compositionally complex, but with the electronic urgency of a classic Battles or Vitalic record. It marked a significant change in direction for Meredith, and throughout this album she exercises her chance to let her hair down and experiment with writing pop songs (“Taken,” “Something Helpful”), as well as raucous, electronic freak-outs (“The Vapours,” “R-Type”). The change has introduced her to a broader audience for sure, and where she decides to take her newfound fanbase next will be fascinating to see. – MP 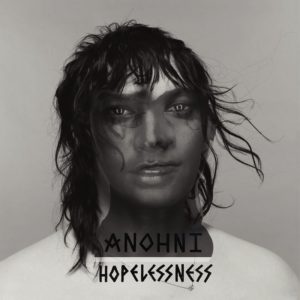 There’s something to be said for the plaintive, straightforward progressive missives that poured from the festival stages and peacenik performers of the 1960s and 1970s. HOPELESSNESS streamlines Anohni’s artistry developed during time spent with Antony and the Johnsons into a modern version of these bygone rebel yells. She obsesses over drone bombs and climate change and other lurking threats to humanity, to the extreme of having a “Hey, hey, LBJ!” moment on “Obama.” She also brings it to a more personal level, using “I Don’t Love You Anymore” to merge the difficulties of maintaining transgender love with avoiding the spectre of anti-trans hate and violence. To Anohni, HOPELESSNESS is pervasive and damaging like a virus, much in the same manner as Laurie Anderson once pegged language and The Matrix once pegged humanity in general. Derivations of Anohni’s embrace of club music are everywhere, but her vision is ultimately poignant, sad, even smoldering with anger. HOPELESSNESS is full of Anohni’s lyrically minimal, creatively digitized observations on the state of a world that may not be changing for the better. – AB