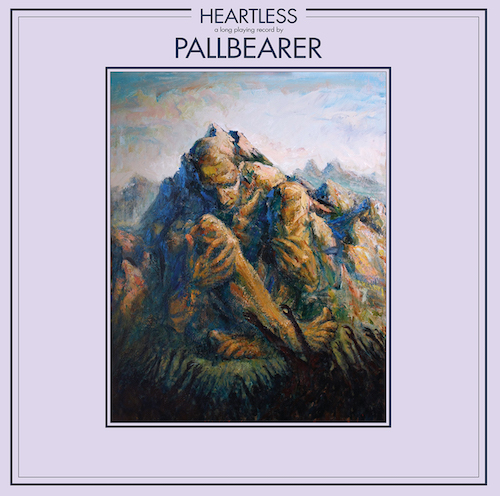 Pallbearer have just unveiled the details of their upcoming third album, Heartless. It’s out on March 24 via Profound Lore, and was recorded in the band’s hometown of Little Rock, Arkansas and mixed with Joe Barresi (Queens of the Stone Age, Melvins). That’s the album’s artwork above.

“Instead of staring into to the void—both above and within—Heartless concentrates its power on a grim reality,” the band says in a press release. “Our lives, our homes and our world are all plumbing the depths of utter darkness, as we seek to find any shred of hope we can.”

Take a look at the tracklist and the group’s upcoming tour dates below. Heartless follows 2014’s Foundations of Burden.

Read our 2014 feature, Wider spectrum: An interview with Pallbearer.