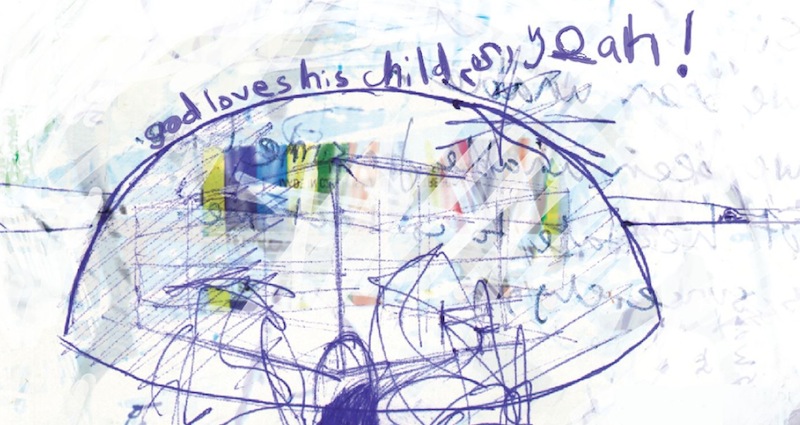 This week sees the release of Radiohead’s OKNOTOK, an expanded reissue of their heralded 1997 album OK Computer, complete with B-sides and outtakes. Which got us thinking: The ’90s was a pretty excellent time for alternative rock B-sides. In fact, we remember fondly making mixtapes full of rare tracks, obscurities, outtakes and other miscellaneous tracks, which often were just as good as those on the albums their corresponding A-sides came from. Indeed, we have a special place in our hearts for those B-sides, many of which might not have seen the light of day if not for the robust singles market in the UK and Europe during the 1990s (different story now, unfortunately). In the interest of revisiting some of the era’s best obscurities, we assembled a list of 10 essential ’90s alternative b-sides, from Depeche Mode to Beck. See you on the other side. 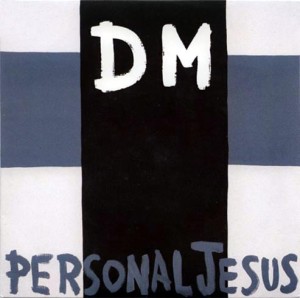 Depeche Mode has historically produced excellent singles, B-sides and bonus tracks, but “Dangerous” is timeless. Not in a classic, never-gets-old (though it doesn’t!) kind of way, but in a seedy, manipulative kind of way, almost as if it rewrote listeners’ memories to forget that it was never on the original 1990 cut of Violator—even though there was a 16-year gap between the original and remastered version on which “Dangerous” appeared. Apparently people have a hard time figuring that such a brilliant track can hold its own apart from arguably one of the best electronic albums of the ’90s—but it can, or it wouldn’t be on this list. Gore’s stellar songwriting, wavering vocals and sense of escalating tension furnish the story of a complex dynamic so well in so few words that I keep returning for more years later. – Paula Chew 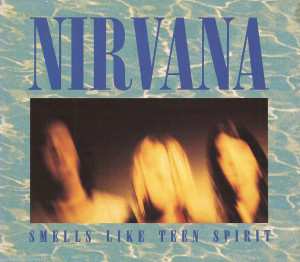 Nirvana’s Nevermind is regarded as more or less a perfect album, canonically speaking. I personally don’t hold that belief, but I don’t necessarily dispute the merits. While it was actually recorded before the sessions for Nevermind, aesthetically it’s a natural fit for the album. More importantly, it’s one of the best songs the group ever wrote. Lyrically, Kurt Cobain uses lighthearted language to depict some pretty serious shit, namely having some upbeat fun with heroin (“Come on over and shoot the shit“), in a weird kind of Pacific Northwestern soap opera backstory involving ex-girlfriend Tobi Vail of Bikini Kill. But however mixed-up and dark the humor is in the song, the verses and chorus are driving and unstoppable, making its six minutes fly by in seemingly half the time. – Jeff Terich 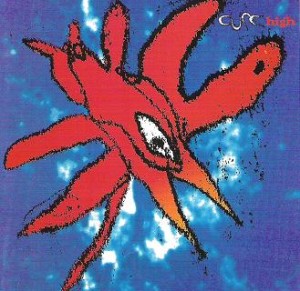 There’s a strong case to be made for The Cure as the Best B-Side Band of All Time. Part of that has to do with the fact that they have so many. In fact, they released an entire four-disc box set’s worth of b-sides in 2004, Join the Dots. But even more remarkable is that well into the ’90s, they were just as strong as the songs that made the final cut on their studio albums. A Wish-era highlight, “This Twilight Garden” repeatedly comes up in fan polls of the band’s best songs, and with good reason. It’s gorgeously produced, melancholy and dreamy, some of the best goth rock to be released in the ’90s, which admittedly wasn’t goth’s best decade in terms of artistic highs. Yet “This Twilight Garden” is in the same league as Wish‘s standouts, and for that matter pretty much bests any song on Wild Mood Swings. It’s a steep dropoff that seems strange in hindsight. But it’s not like the band didn’t capture the best of their material at their peak. – Jeff Terich 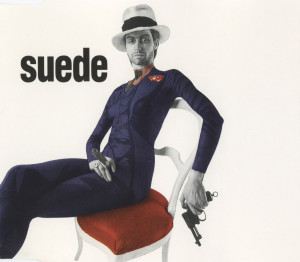 The best B-sides make you think they’re A-sides, right? So it was with me when I first heard this cut included on the madly underappreciated British compilation series Volume. I was in selective sonic discovery in college at the time and didn’t read too deep into the 200-page mini-magazine that introduced this as a companion piece to “The Drowners,” long considered one of Britpop’s foundational moments. Bully for me, I suppose; I ended up never really enjoying Suede’s catalog much beyond this song’s electrified sway, Brett Anderson’s grown-up nursery rhyme suggesting an object of his affection that’s part acrobat, part blow-up doll. (Guess which part. Wink wink, nudge nudge, say no more.) – Adam Blyweiss 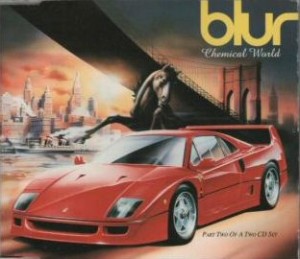 Blur has a lot of B-sides. A lot of B-sides. In fact, the expanded version of 1993’s Modern Life is Rubbish features an entire bonus disc of outtakes, many of which are strong enough to rival those on the album itself. (They have their share of pisstakes and filler, too, but still, credit where it’s due.) Yet “Young and Lovely” is a whole different story unto itself, a castoff that’s anthemic and beautiful on its own, blending wonderful vocal harmonies with Graham Coxon’s trademark guitar riffs and a chorus that rises up into something climactic and powerful toward the end. It’s interesting that Blur often opted for odd instrumentals and segues and the sort when they had songs like this on the cutting room floor. I’m sure they had their reasons, though I can’t imagine leaving a song this spectacular behind. – Jeff Terich 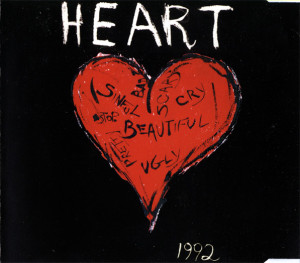 The A-side of this single from Smashing Pumpkins’ Siamese Dream album was already a thorough kingmaker for Billy Corgan, its orchestral arrangement divebombing through lyrics that tried to make sense of the fuzzy logic in his relationship with his parents. But the version of the single wrapped in childlike heart artwork delivered a second gut-punch on the B-side. Corgan’s aching acoustic treatment of Fleetwood Mac’s “Landslide” not only won public praise from Stevie Nicks herself, but easily outperformed “Disarm” on Billboard’s Modern Rock chart. If one release legitimized grunge’s ability to deliver a competent power ballad, this is it. – Adam Blyweiss 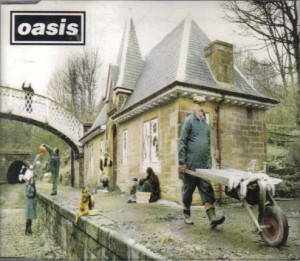 The Britpop era was a goldmine for b-sides, which is essentially a byproduct of being a spectacular time for singles. Oasis had more than their share, though “Acquiesce,” a highlight of the Morning Glory years, was the best of their flipsides. A harder-rocking highlight of the band’s career, it found the Gallagher brothers sharing the spotlight. Yet while Liam delivers the verses, Noel is the one that ultimately takes the MVP title on this one, belting out his soaring “We belieeeeeeve” line heroically. The song eventually got re-released as its own A-side, and it’s easy to understand why. Songs like this are too good to allow to wither in obscurity. – Jeff Terich 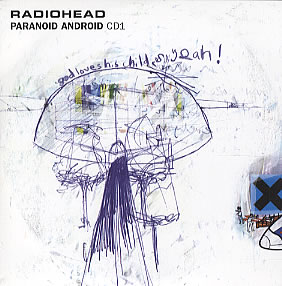 If The Cure is the best B-side band of all time (definitely debatable, just for the record), Radiohead gives them a run for their money. The riches they included on the flipsides of all their ’90s singles add up to essentially a series of strong records on their own. So it’s no wonder that the expanded OKNOTOK OK Computer reissue is such an enticing prospect. Even picking one song from that batch is a tricky prospect, though “Pearly” is outstanding not only for being a standalone track but also because you could probably slide it between a couple of the album’s original tracks and it’d fit nicely. A bit louder and more ragged than the OK Computer batch, “Pearly” carries some of the rock ‘n’ roll heft of The Bends with the weird progressive direction they were pursuing in 1997. The melody is sublime, and it has its share of incredible moments, like the transcendent bridge. It’s an A-side-worthy song that simply never got the opportunity. – Jeff Terich 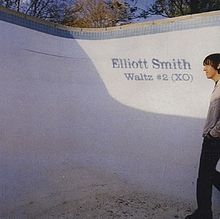 Elliott Smith’s transition to major label Dreamworks was an interesting one. He made one of the strongest albums of his career with 1998’s XO, but not necessarily one that made for easy marketing in the alt-rock world. It’s a lushly orchestrated art pop album in the vein of Pet Sounds—it’s a masterpiece, really. But funny enough, its B-side material actually contained a song that rocked harder than just about all of Smith’s singles. “How to Take a Fall” is fuzzy and lets the riffs fly, tapping into the rock star that Smith harbored beneath his lo-fi singer/songwriter outward image. It’s one of the best rock songs he ever wrote, almost on par with either/or‘s punchy “Cupid’s Trick,” and it’s a lot of fun at that. It’s easy to understand why it didn’t make the cut, but that doesn’t make it any less worthy. – Jeff Terich 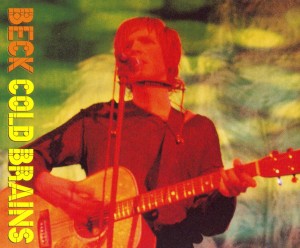 There are a few different versions of “Electric Music and the Summer People,” a song that’s followed Beck around since the mid-’90s but somehow never made its way onto any of his official albums. The best version is the one released as a B-side to “Cold Brains,” the standout opening track and second single from Mutations. Naturally, this version of the song is more in line with the earthy psychedelia of that album than of the beat-laden mischief of Odelay. There is a version, recorded with Failure’s Ken Andrews, from that era, which is suitably noisier and weirder overall. But the second take is a rich mosaic of instrumentation and production chaos, with odd analog fuzzbox and swirling effects jutting up against sitar riffs, strummy acoustic guitars and organs. It’s a kitchen-sink approach that works magically, amounting to the rare b-side that ended up being treated as a single unto itself not long thereafter. – Jeff Terich