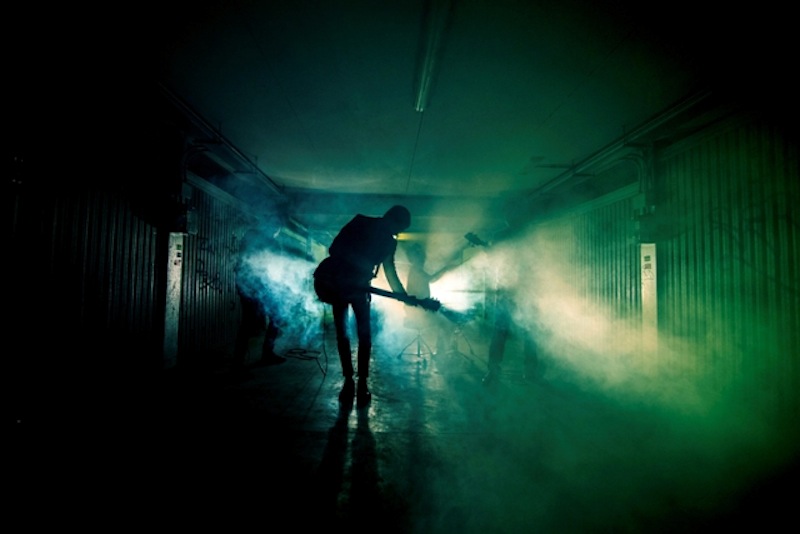 In December, Italian shoegazers KLIMT 1918 released a new album titled Sentimentale Jugend. The band has also just announced a new EP, titled Comandante, which includes the title track and a pair of unreleased remixes, and is now available on Bandcamp. Today, the band is premiering the video for “Comandante” with Treble, and it’s a surreal, slow-motion clip that depicts a sea of bodies writhing and crashing around in slow motion. It’s a fitting pairing with the group’s densely layered and powerful shoegaze rock, which evokes the likes of M83, Alcest and Slowdive.

The band released a statement about the video, which was directed by Cosimo Alemà and inspired by Dan Witz paintings: “We were so excited to work on something like this, without a set plot, aiming to base the final results on two main factors: the chemistry between the actors on set and the exaggerated use of slow motion to give the pictures a touch of surrealism. We filmed on December 9, 2016 in a very famous club in Rome, with a lot of friends and acquaintances, everybody blinded by the fiery lights of two big movie spotlights.

In order to lit the situation up a little bit, Cosimo decided to play SLAYER. ‘South of Heaven’ turns people into the worst version of themselves, even someone who apparently is above suspicions! It was just harmony of bodies and souls. Once the mosh pit was lit, its energy was incredible. We were there, absorbed by the crowd, looking quite like the characters of Christ Carrying the Cross, and we stayed there, guided by that energy, saturated by dusty and smoky air. It was a wild and cathartic experience. People were screaming, falling, beating each other violently. The more we were feeling tired and sore the better satisfaction for Cosimo.

Watch the KLIMT 1918 “Comandante” video below.

KLIMT 1918’s Sentimentale Jugend is out now via Prophecy.