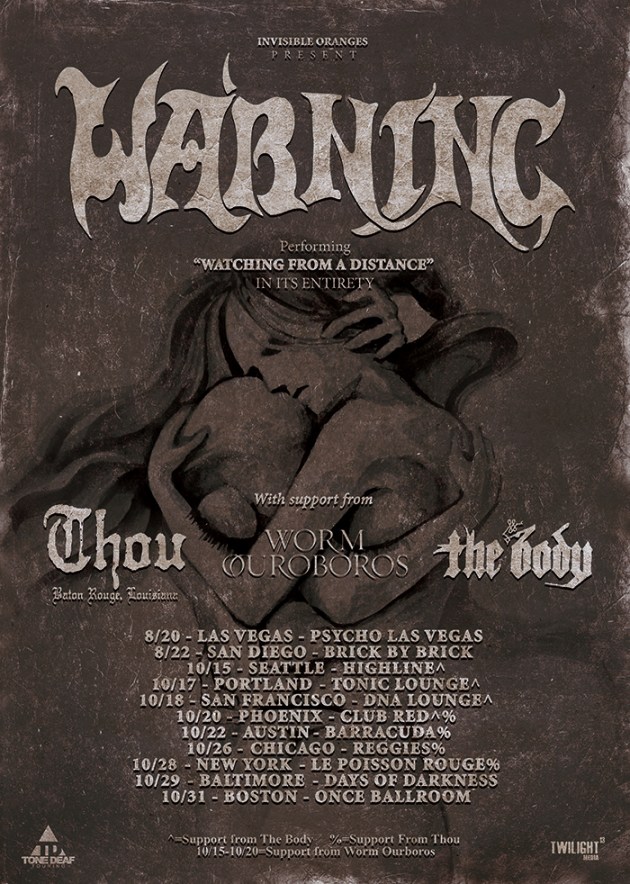 Celebrated (and recently reunited) UK doom metal band Warning has announced a fall tour. The band will be making an appearance at this year’s Psycho Las Vegas festival, and they’ll be performing their acclaimed 2006 album Watching from a Distance in its entirety. Take a look at the band’s upcoming tour dates below.

(B) with The Body
(T) with Thou
(W) with Worm Ouroboros

Warning is featured on our list of 10 Bands to See at this year’s Psycho Las Vegas festival.