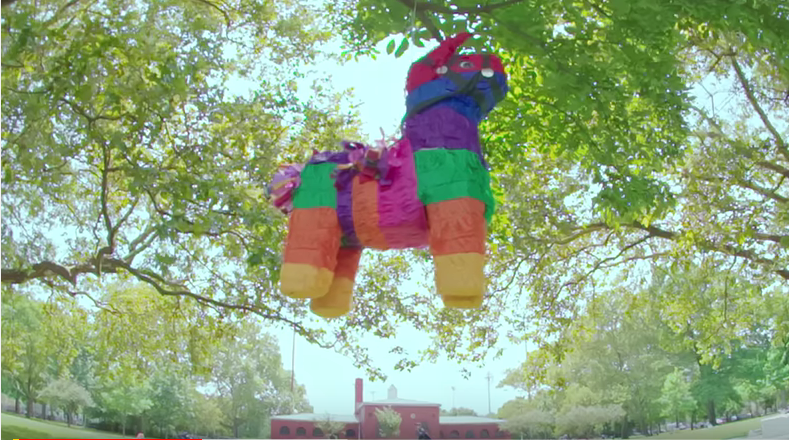 Last month, Downtown Boys released their outstanding third album Cost of Living, via Sub Pop, which was a recent Album of the Week on Treble. Today, the band has shared a new video for the track “Somos Chulas (No Somos Pendejas)”, which premiered via Univision. Directed by Eavvon O’Neal, the clip starts out as a bit of a fakeout, with a brief snippet of the group’s song “A Wall,” before transitioning into this one, with images of a child’s birthday party and pinatas that are shaped like images from politically-charged current events, including a burning police car and a hybrid of Donald Trump and Pepe the Frog. It’s a fun video that still manages to speak to some of the more fraught issues facing the country right now. (There’s also a cake fight!)

Downtown Boys’ Cost of Living is on our list of the Best Albums of August.