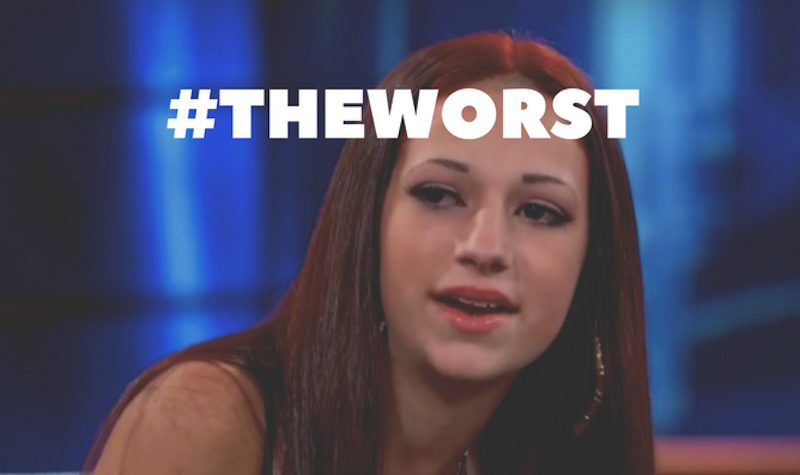 At this stage of the annual music cycle, we’re wrapping things up and getting ready to share our thoughts on what the best music of 2017 was. And make no mistake, there was a lot of truly fantastic music. Before we get there, however, we’re taking a moment to talk about the bullshit of 2017. In years past, we’d make a list of the worst music of the year, and we certainly considered that. But it wasn’t so much the music but the headlines surrounding it that made this year exhausting, frustrating or just plain annoying. Record labels continued not to figure out what they’ve been doing wrong, the marketplace is still being flooded with garbage, and pretty much every man in the world is doing something awful. So here’s a quick rundown of the worst musical moments of 2017. Because we’ll appreciate the positive that much more after we make it through the negative first.

As if 2017 couldn’t have gotten any worse, Atlantic Records really let us all down in September when they signed Danielle Bregoli, otherwise known as the “cash me outside” girl. The fact that she is referred to as a three-word catch phrase that won’t make any sense to those who haven’t seen her appearance on Dr. Phil already says more than the signing could—if you missed out and need to feed your curiosity, be my guest, but don’t say I didn’t warn you. As if her description wasn’t bad enough, her debut single was entitled “These Heaux,” which she released under her stage name, Bhad Bhabie (Honestly, I am still trying to figure out if that is supposed to sound like “bad barbie” or “bad baby”). 2017 was a great year for under the radar music, releases constantly exceeding our expectations, but the mainstream industry was just one huge disappointment. – Virginia Croft 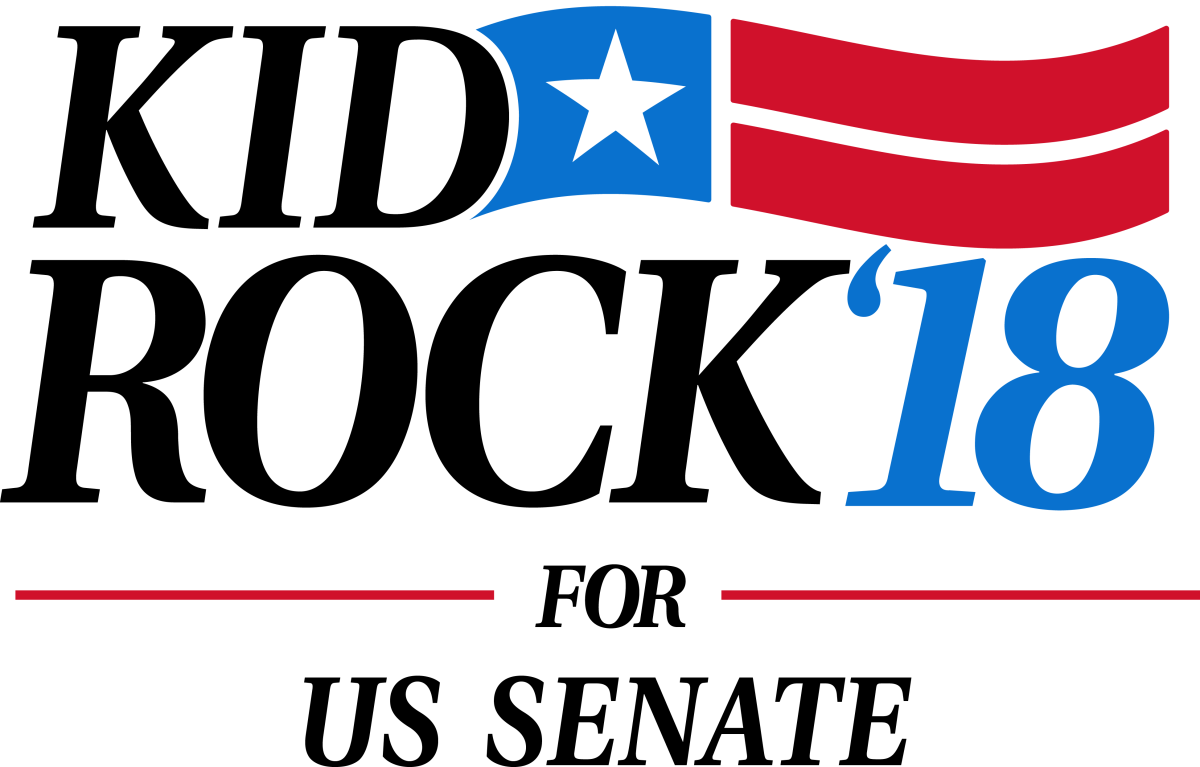 No single event quite captures the essence of the festering, rotten hellhole that 2017 has torn open quite like hearing the phrase “Kid Rock announces senate run.” Clearly, it’s not enough that we have to endure three more years of President Trump, or for that matter have to actually live in a world where people pay money to hear this fedora-wearing clown to take a shit in the studio and call it “music,” he’d actually subject the people of Michigan (haven’t they suffered enough?)—and the rest of the U.S., natch—to actually being involved in the lawmaking process. It was later revealed to be a publicity stunt, thank whatever deity or idol you worship for that, but the phony campaign was still more than enough to make a frustrating year that much more annoying. – Jeff Terich 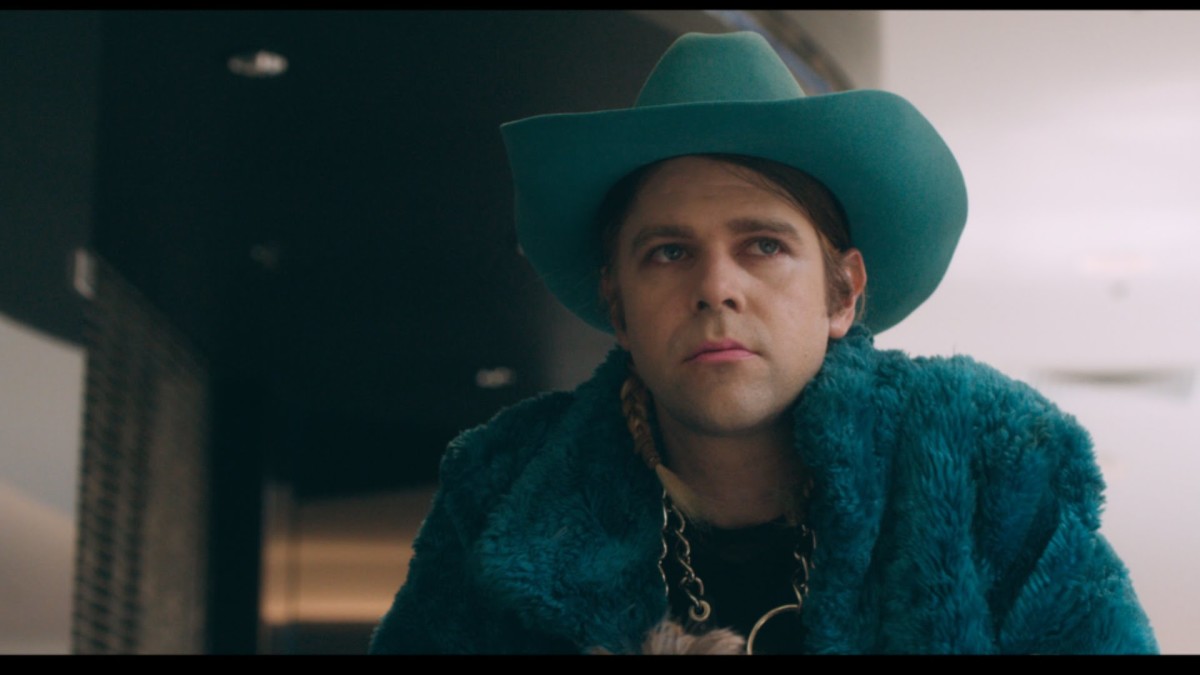 “I’m tone deaf and not sensitive enough to the real plight of women these days.” Finally. Finally. After years of gently massaging a vile, misogynistic persona under the guise of “post-irony,” Ariel Pink addressed the elephant in the room. The problem? This self-reflection was seemingly brought on by a looming hit piece and a controversy surrounding a “physical” performance with his girlfriend and bandmate Charlotte Ercoli, wherein Pink apparently pinned her down on stage. 2017 is littered with men behaving badly and then sheepishly half apologizing. Ariel’s “art” forced some people to forgive him. Fuck that. – Wesley Whitacre 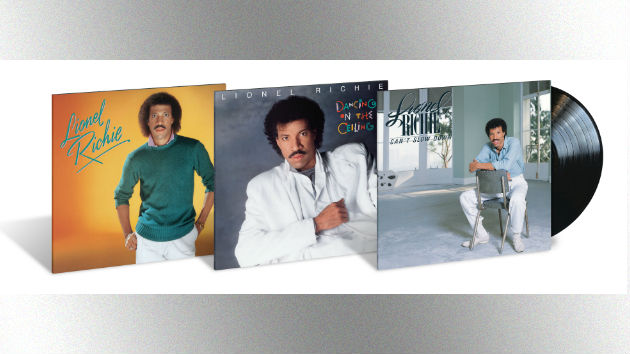 Every year, a thinkpiece asks “Have we reached peak vinyl?” And every year the sales figures manage to go up. And yet more garbage keeps on flooding into the market. While labels such as Light in the Attic, Anthology and Strut are fulfilling some long overdue out-of-print demand, the always impressively out-of-touch major labels continue to clog pressing plants with items nobody needs or even wants. Reissues of Lionel Richie albums that are readily available on Discogs for $1? Four LPs worth of Dave Matthews live performances? Nelson? While I might be able to understand the demand for live Dave, I don’t condone it, but I sure as hell don’t understand who’d want those other needless reissues. And just in case you think Universal would have overlooked the 20th anniversary of Aqua’s Aquarium, they didn’t: It was reissued in, you guessed it, aqua-colored vinyl. – Jeff Terich 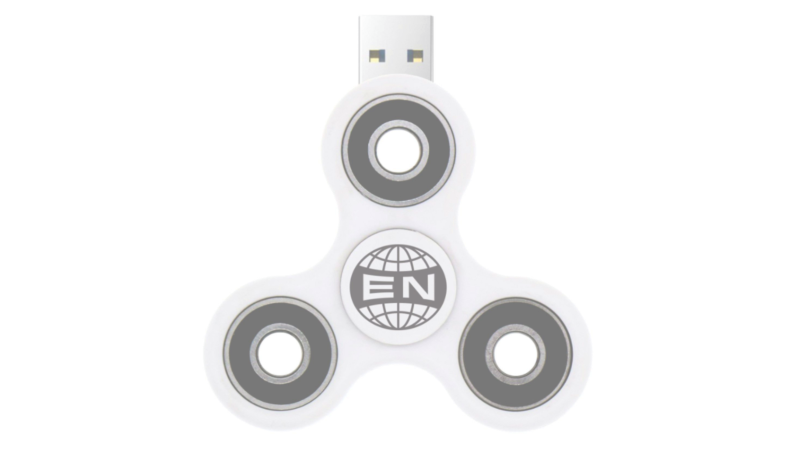 Fuck fidget spinners. Of course these things have spread like a disease since the first time I saw them. Their appalling surplus has only made me more world weary while dwelling on this environmentally doomed planet. Fidget spinners are North America’s apocalyptic tchotchke. I can’t help but picture one of Earth’s final survivors, slowly dying while hopelessly scouring the desolate remains of America for any source of sustenance. And what do they find? A wholesale stock of fucking fidget spinners. I’d give in to death. Oh yeah, also: two shitty “ironic” things doesn’t make the first shitty “ironic” thing less shittier re: Arcade Fire. – Patrick Pilch

Censorship at the CMAs

Contemporary country music isn’t often the place where listeners go for incisive social commentary or political perspectives. Still, it seemed extra insulting when the organizers of the CMAs sent out a memo to the press requesting there be no questions about “coverage of the CMA Awards Red Carpet and Backstage Media Center on the Las Vegas tragedy, gun rights, political affiliations or topics of the like.” Considering this took place one month after the horrific massacre at a country music concert in Las Vegas, it seemed not only tone-deaf, but irresponsible. Given the conservative nature of the country music industry—in its culture if not necessarily in the beliefs of its performers—this seemed like a pretty obnoxious way to sweep uncomfortable, yet necessary conversations under the rug. The backlash, including among its performers and presenters, led the awards show to rescind the request, but the foul taste hadn’t washed away. Yet Sturgill Simpson performed his own protest of sorts by busking outside the awards show and donating his busking earnings to the ACLU. So hats off to Sturgill. – Jeff Terich 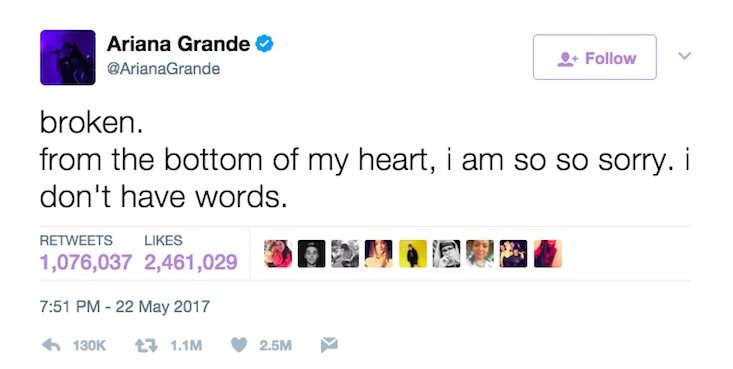 How often could we count on—have you counted on—music to be a refuge from the problems in your world? In the world at large? Whether it was a private headphone trip, a charity single, or the anonymity/community of the concert crowd, music could help, right? It could calm and heal you, power and strengthen you, fight alongside you, speak for you, grieve with you. We hoped the Parisian terrorist attacks of late 2015 were an outlier, where among a variety of targeted locations an Eagles of Death Metal concert at the Bataclan nightclub was a locus for mindless mass murder. It seems we should hope no more. On May 22, 2017, Salman Ramadan Abedi detonated a bomb at Manchester Arena at the end of an Ariana Grande concert, killing 23 and injuring more than 500. On October 1, Stephen Paddock shot thousands of rounds into the crowd at Jason Aldean’s Route 91 Harvest set in Las Vegas, killing 58 and injuring 546. And to think, these horrific data points of concert terrorism could have been supplanted and supplemented by so much worse. Credible intelligence prompted evacuations at Germany’s Rock am Ring festival in June; Rotterdam police responded to an apparent bomb threat aimed at an Allah-Las show in August; Paddock himself had even scoped out more populated events including Life is Beautiful in Vegas and Lollapalooza in Chicago. Music soothes the savage beast? With the camouflage of common sense dropping away in frightening fashion during this wretched year, music now seems no better than anything else in merely inviting the beast in. – Adam Blyweiss 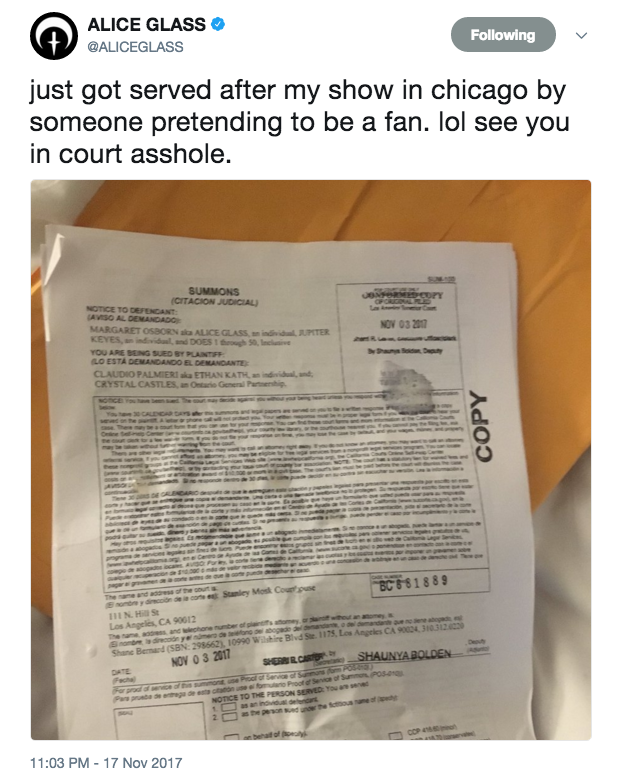 None of the items on this list are ranked, even though they seem to run the gamut from irritating to tragic. Still, if there’s one group of people that ruined the year in music, it’s men. Men ruined pretty much every aspect of 2017, from the entertainment industry to politics to journalism to you name it. When Harvey Weinstein was outed for widespread sexual assault and harassment of a long list of women in Hollywood, it opened the floodgates—now dubbed the “Weinstein effect”—that saw a number of famous and/or prominent men accused of harassment, rape, molestation or other forms of sexual misconduct, including Alabama Senate candidate Roy Moore, who hasn’t dropped out of the fucking race (for fuck’s sake!). But while the cases in the music industry haven’t been the source of as many headlines as Weinstein, Moore, Louis C.K. or Kevin Spacey, there have been a lot of them—Ducktails’ Matt Mondanile, The Gaslamp Killer, Alex Calder, The Backstreet Boys’ Nick Carter, Crystal Castles’ Ethan Kath (who pulled some pretty shitty stunts afterward when serving Alice Glass with a summons—see above), Def Jam head Russell Simmons, Brand New vocalist Jesse Lacey and PWR BTTM’s Ben Hopkins (and that was before Weinstein), which is before we even get into figures like R. Kelly, who has been accused repeatedly of rape and other sexual misconduct. The #MeToo movement has created a crucial sea change where these incidents are being reported, brought out into the open, and there are consequences for treating women (and men, too) as objects of abuse instead of human beings. It’s ultimately just the beginning, and there’s bound to be many more of these stories in the coming years, but the message is clear: This behavior will not be tolerated. That being said, the damage is done, and people’s lives and careers have been negatively affected because these shitty men apparently have no self-control. So, congratulations men, you ruined 2017. – Jeff Terich