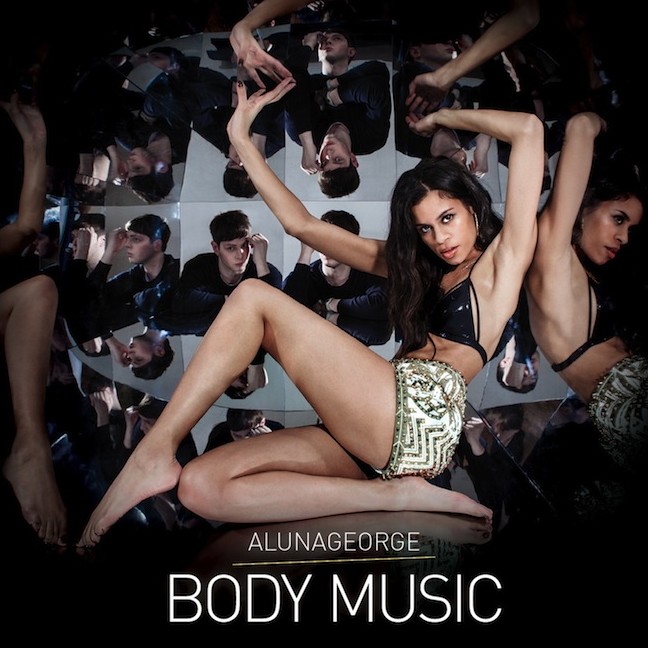 AlunaGeorge has been one of the most fun groups to watch over the past year, their infectiously innovative EP You Know You Like It having made a splash in both the UK and US (and it’s title track was one of our Top 50 Songs of 2012). Building on the dreamy, UK bass-inspired pop of that EP, “Your Drums, Your Love” followed a few months later, and earlier this year, a cool track and a cool video arrived in the form of fairy-tale clip “Attracting Flies.” All that momentum and anticipation has built up to the release of the band’s debut full-length, Body Music, which will be released July 29 via Island.

That’s the cover art above, depicting singer Aluna Francis wedged into a mirrored box (yet still looking glamorous in spite of it). And the tracklist contains a few familiar songs, including “Just a Touch,” “Attracting Flies,” “Your Drums, Your Love” and “You Know You Like It,” in a slightly different album version, which you can stream below.

The duo also has a long list of tour dates on the horizon, which you can read after the tracklist.