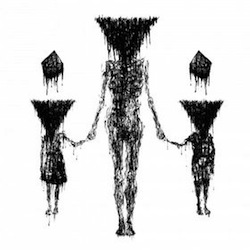 If you take a quick trip over to the website of Tristan Shone, the solitary musician behind Author & Punisher, you will likely be surprised at what you find. This will especially hold true if you were previously under the perception that A&P is a run-of-the-mill industrial music act. First of all, Shone is, rather than Justin Broadrick clone, a kind of punk champion, pushing the DIY music production philosophy to a heretofore-unknown extreme. Instead of the traditional fare — drum machines, synthesizers, etc. — A&P’s music is played out of “custom fabricated machines/controllers and speakers,” which are “custom” in the sense that they are pretty much built from scratch. This reviewer cannot attest to the level of technical sophistication that this must require, but we can probably assume that it is considerable.

More importantly — and this is what makes A&P “art” instead of just “cool” — there’s a concept behind it all. Shone writes that, “the devices draw heavily on aspects of industrial automation, robotics and mechanical tools and devices, focusing on the eroticism of interaction with machine.” One viewing of a live Author & Punisher performance, with Shone thrusting, breathing into, and spinning his machines, pretty much confirms this to be true. So, if you’ve already heard Shone’s music and written it off, you should reconsider — he has a theoretical artistic philosophy informing all his industrial metal madness.

That said, there’s no discernible reason to write off the music anyway. Shone’s last record, 2012’s Ursus Americanus, was impressive and garnered considerable acclaim, but Women & Children is almost certainly better. It just works on so many levels. Sure, Shone brings the noise like his industrial predecessors, and he does it with aplomb (check out the explosive title track if you don’t want to take my word for it), but the whole record isn’t just ear-splitting cacophony. In fact, A&P incorporates influences from other musical styles indiscriminately and often to great effect. On “Women & Children,” Shone opens the track (and the album) with rainforest sounds (yes, a la The Rainforest Café) before introducing a low, humming drone noise and ultimately moving into an aggressive drop. In the middle of the album, on standout track “Melée,” an eerie echo and gated drums create some space for the listener, only to be suddenly crushed beneath pneumatic pounding. These kinds of unexpected artistic decisions are crucial to setting the atmosphere and tone of the album, which creates a dark and enigmatic effect instead of coming off as some kind of industrial monolith.

Machines and all, Shone’s voice is perhaps his most indispensable single tool. To be fair, he isn’t James Blake; sometimes when he leaves his naked voice on the track it doesn’t sound perfect. But his ability to manipulate sound allows him to grant his voice an incredible sonic range. This range is on full display in “Tame as a Lion,” where he alternates between a distant clean vocal and a buried, demonic growl to dynamic effect. He also manages to compensate for the lack of euphonious singing (and concomitant lack of hooks), by keeping the music hypnotic, bleeding track into track to create a cohesive effect.

All in all, though this is inarguably industrial music, Shone is really closer to Laurie Anderson than he is to Trent Reznor. And, like Anderson, his performances are probably better suited for the MOMA than for a moshing audience or an LP. Yet here they are, in record form, working just fine. Maybe he should postpone his museum exhibit for just a little while longer.