Three years ago Boris celebrated their 25th anniversary as a band with an album that, at least in part, paid homage to the rumbling drones of their 1996 debut. The Japanese trio has never abandoned the contradictory nature of their roots—crushingly heavy music that’s also frequently atmospheric, even meditative—but they’ve always reserved the right to take a stylistic detour in the interest of adding greater shape and character to that heaviness, to find new ways of expressing sheer enormity in sound. It’s that very search that’s resulted in two albums of stoner riffs titled Heavy Rocks and an entire record’s worth of J-pop reworkings of other songs in their catalog, as well as at least one or two indispensible entries in the sludge metal canon, an underrated set of doomgaze, and a trip-hop album. That freedom and curiosity has also driven them to create NO, an album that cuts right through the feedback and drone in the interest of a more direct delivery of thrashy riffs and crust-punk intensity.

NO arrives at a moment of global disaster, one in which the power and reach of music has been dramatically dampened as a result of social restrictions during a pandemic—one that’s been handled much more poorly here in the U.S. than in the band’s native Japan, to be sure. But the fear and frustration that’s come to define 2020 call for a kind of primal scream catharsis that sometimes only heavy, fast, piercingly loud music can provide. Boris, now self-managed and taking the D.I.Y. route to release their own music after a brief partnership with Jack White’s Third Man, deliver a form of metal and hardcore therapy that would probably feel back-to-basics for most other heavy bands. But the gallop of Discharge, and the razor’s edge riffs of early Venom and Slayer are scarcely the things that people tend to think of when they think of Boris. NO suggests, after 28 years, it’s time to rethink those preconceptions.

In a statement released with first single “Loveless,” Boris address the chaos that recent years have led us to, the fear and anger that’s created what constantly feels like a world on the brink of collapse, as well as the need to question who you are and what you know: “Everything begins with questioning and denying oneself.” It’s not so much that NO is a political album—though the eruption of a few well placed “Fuck you!“s in “Temple of Hatred” suggest there’s plenty of anger to go around. Rather, Boris have taken the familiar, satisfying step of streamlining and redefining their own music in the service of letting out a caveman roar at a time when inside voices simply won’t suffice. The band elaborates: “This is ‘extreme healing music.’”

Drones and squeals make appearances on NO, but they’re not the focus. After the old-school Boris low-end groan of “Genesis” comes to life, Atsuo, Takeshi and Wata are off to the races, pretty much literally. From the beginning of “Anti-Gone,” the single-digit BPMs are swapped out for a relentless d-beat sprint and screeching guitar leads, the trio hell-bent on going Kool-Aid Man through any barrier that rises up before them. There’s nothing but pure, bare-knuckle pummel on “Kikinoue,” only middle-fingers-in-the-air punk rock mayhem on “Lust.” They’ve even included a cover of “Fundamental Error” by Japanese hardcore icons Gudon, featuring guitar from Katsumi of Solmania and Outo.

As much as NO is an album defined by the sheer muscle and seething behind its hardcore eruptions, Boris continue to make creative use of texture and space in what feel at first blush like their most straightforward compositions in quite a few years. “HxCxHxC – Parforation Line-” is a curious piece of crustgaze contradictions, its arrangement juxtaposing otherworldly and miasmal guitar effects against a punishing hardcore rhythm in a way that feels both novel and strangely beautiful. The constant whir of amp feedback in “Non Blood Lore” feeds early Metallica through the din of Psychocandy, and the pigfuck-liness of “Loveless” builds up to the most epic moment on the record, living up to the standard set by the band from which Boris took their name, Melvins.

While a 40-minute set of scream-along thrash and hardcore isn’t entirely out of the question for Boris—that did make up some of Pink‘s best material, after all—it’s a welcome change of pace from some of the more cerebral abstraction in which they’ve indulged of late. It’s refreshing to hear a band with so much history, so many different experiments to their name and an interest in always pursuing something different simply take a moment to strap on the spikes and safety pins and windmill their way through some high-quality “fuck you.” Boris know how to have fun, even if that’s not always an appreciated quality of theirs, but the reminder comes at a time when punk rock therapy is a necessary prescription. 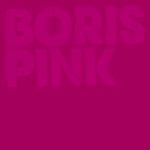 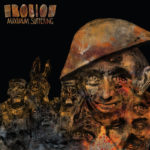 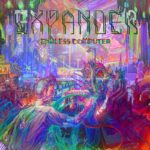