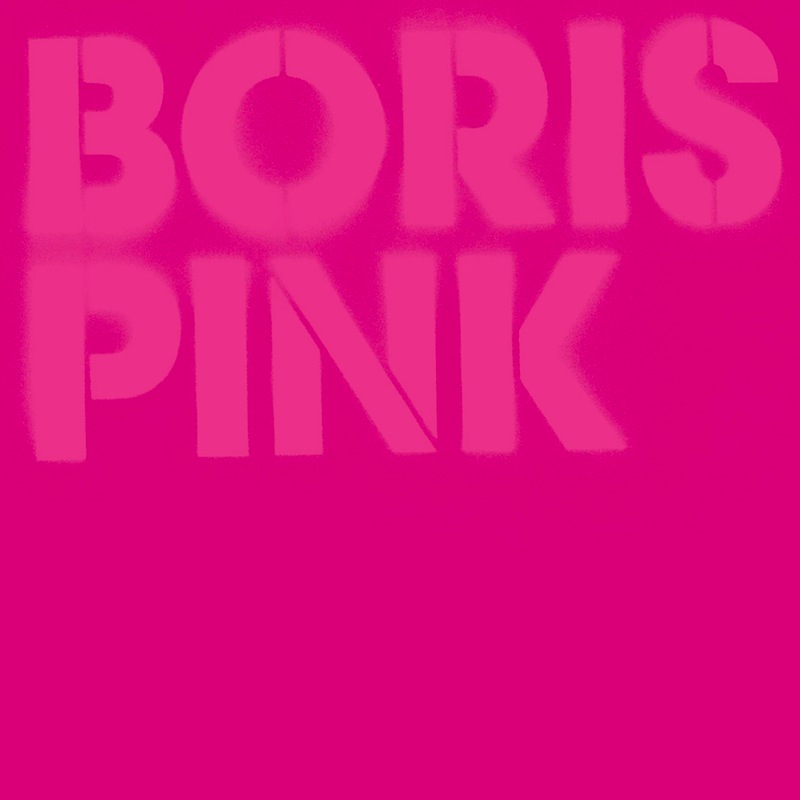 Some music is inextricably tied to color, in ways that are hard to explain without the actual listening experience. Metal, for instance, is a genre that will forever be bathed in a thick coat of black. And shoegazer music is best described in silvery tones, murky, hazy greys or even, at times, reds, like the cover of My Bloody Valentine’s Loveless. But Japan’s Boris, a group that combines the two genres pretty darned well, has gone with the color least characteristic of their sound to name their newest album—Pink. This isn’t a bright and flashy album of bubblegum pop, after all, it’s a dingy, dark and murky combination of doom metal riffs, garage-rock energy, fuzz, fuzz and more fuzz.

That the band was named for a Melvins song should make it pretty clear what sort of raucous noise the band makes, and have been for the better part of a decade. And that fuzzed-out, super low tuned metal rumble continues, and sounds stronger than ever on Pink. There’s screeching squalls of feedback mixed with pummeling bass, as heard on “Nothing Special.” There are thunderous, showy riffs and solos, such as on the title track. And on “Woman on the Screen,” an intense, high speed rocker, the trio takes on careening Stooges influenced proto-punk. Though on a track like “Pseudo-Bread,” you can hardly even tell what’s going on, the noise is so thick and intrusive. But as chaotic as it is, it still rocks pretty hard.

Pink isn’t all power chords and wild, headfirst charging progressions. There are moments of sheer terror, as on “Blackout,” a slow moving dirge into the depths of a cavernous and black low end. The most curious moment on the album is the pretty, shoegazer influenced track that opens the record, “Farewell.” Though there are elements of this sort of thing in some of the band’s other songs, they’ve never quite delved into a Shields-esque sound quite like they have here. Unsurprisingly, it’s one of the most amazing tracks on the album.

Grey, black, brown—any of these colors are a better fit to describe Boris’ sludgy sonics than pink. But maybe it’s tongue in cheek. It would almost have to be, now wouldn’t it? Of course if they really wanted to confuse us, they could call their next one Periwinkle. Somehow, I don’t see that happening.