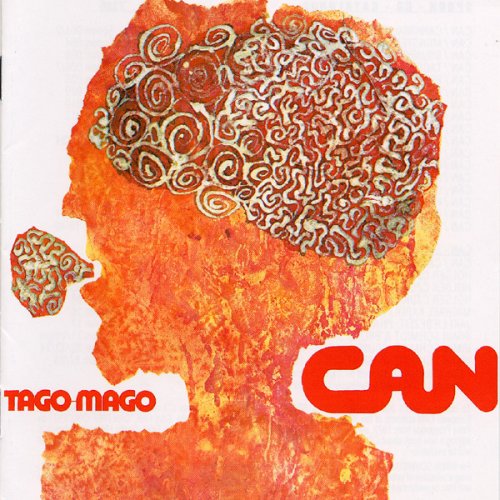 Decades after they debuted, Can provided a somewhat obscure reference point who influenced many of today’s most adventurous artists (including golden calves Radiohead), instant cred for those who seek it. And for those who’ve been around long enough to have seen them first hand, they represent a more exotic, fringe side of the genre that furthered the exploration of art rock and erased its boundaries. But, more directly, they were simply one of the most wildly inventive and innovative groups of all time. Listening to Can today is still an amazing experience in and of itself. I can only imagine what it would have felt like in 1971 to have been able to experience the wild and sprawling rush of Tago Mago.

Tago Mago, the band’s second release featuring vocalist Damo Suzuki, a former busker, has long been regarded as the band’s first true masterpiece. Though follow-ups Ege Bamyasi and Future Days were also hailed with such reverence, Tago Mago provided the opening salvo of this monstrously creative trilogy. The group’s debut featured a different vocalist, American Malcolm Mooney, whose raspy performance on songs like “Yoo Doo Right” provided a similarly strange kind of presence, but the transition worked out remarkably for Can, whose introduction of Suzuki into their exploratory sound world only brought them forward into a new era.

A double-album that stretched well beyond their previous two full-lengths, Tago Mago was a monster of a record, both in length and in sound. Though “Paperhouse,” the album’s opener, is subtle enough at first, creating intrigue and mystery with its stark, minimal riffs, it builds up into a gigantic epic over its seven-minute span. And it’s not the longest song on the record—not by a longshot. Yet “Mushroom,” which happens to be the album’s shortest song, is a simple groove-based song with some funky riffs and reverb-soaked beats, a portrait of Can in miniature—compact, efficient and heavy on groove.

“Oh Yeah” is point at which the group begins to leave the surface of the earth, their layered washes of sound stacking on top of each other, slyly and fluidly, while guitars chime and buzz. Suzuki’s vocals, meanwhile, are played backward, giving the song a more psychedelic feel, replaced three minutes into the song with a more straightforward vocal performance.

Then comes the album’s center, a three-song, nearly 50 minutes of music that stretch and span wide beyond the scope of any band’s singular vision. But that’s what made Can unique. They could pack one song, even one that consisted mostly of repetition, with more ideas than any band could possibly think to do, but Can never followed the lead of any other band. “Halleluwah,” nearly 19 minutes in length, is a lengthy, funked-out groove session driven primarily by Jaki Liebezeit and Holger Czukay’s pounding rhythm section, though midway through the song, the rhythm’s seem to drop out in favor of a quiet, jazz improv session. That disappears shortly, the funky rhythms soon returning with strange noises and Michael Karoli’s violin screeching underneath.

Then come the seventeen minutes of “Aumgn”, quite the opposite of the rhythmic jam session of “Halleluwah.” This track, instead, consists primarily of ambient washes of sound, sounding something like playing guitar on the moon, as each crater seems to echo back a hauntingly minimal echo of minor-key melody. The occasional fat bass rumbles underneath, providing a strangely sinister aspect to the song. There are moments of pure silence, as well as cacophonous walls of feedback and digital delay. And later on, there is a furious torrent of heavily pounded drums. For those who were shocked when Radiohead released Kid A, I can only say that Can were doing something vaguely like it 29 years prior, only they had no hit records to stand in their way of doing so.

The final installment of the epic trio at the center of Tago Mago is “Peking O,” significantly shorter at 11 minutes, but still a sprawling and gargantuan musical adventure. Suzuki begins the song with his delay-addled, unintelligible wailing. An organ chimes underneath, adding a spookier feel to the song. But Suzuki’s howl fades out in favor of a space age bachelor pad music sound, complete with jazzy organ and a drum machine beat. Eastern influences start to find their way in, as the title would suggest, and Suzuki’s shouting is replaced with a near whisper.

The album’s closer, the six-minute “Bring Me Coffee or Tea,” is a subtle, melodic and psychedelic tune, wrapping up this insanely broad album with a more accessible, focused conclusion. By the end of this record, you’re likely to be exhausted. It’s a lot to take, but most certainly worth the ride. Tago Mago was the album that not only made Can the foremost name in Krautrock, but legends in rock ‘n’ roll.