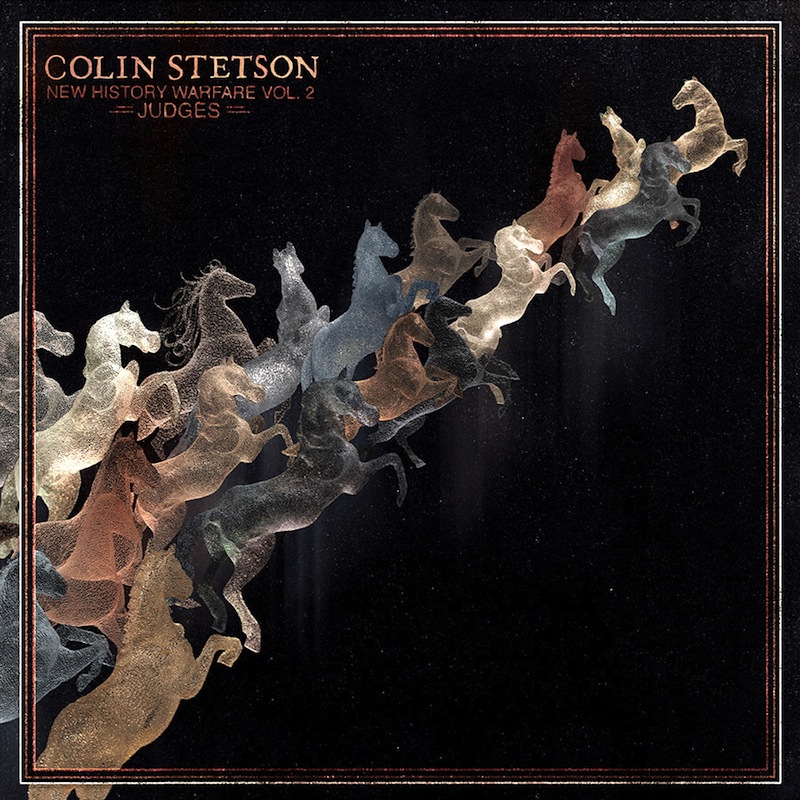 Colin Stetson’s resume reads like a who’s-who of the indie rock elite, having performed on albums by Tom Waits, Arcade Fire, TV on the Radio and Bon Iver, in addition to playing as a member of post-rock chamber outfit Belle Orchestre. But when separated from these collaborators, the Michigan-born saxophonist’s music is something wholly unique, bearing little resemblance to any rock music I’ve ever heard, let alone any traditional jazz music, for which saxophone plays a much more prominent role. Stetson’s music is its own kind of chameleonic and enigmatic creature, changing shape and form as each piece ripples and progresses.

Stetson’s newest album, New History Warfare Vol. 2: Judges, is a continuation of the strange and beautiful improvisational techniques employed on its predecessor, New History Warfare Vol. 1. Rather than play a standard melody, Stetson uses circular breathing techniques, not unlike those of didgeridoo players, and stirs up otherworldly sounds to create bizarre, yet gorgeous ambient compositions. Using only saxophone to make up these compositions, all recorded in single takes without overdubs, Stetson creates a stunningly eclectic range across the album’s 14 tracks, from the deep, bassy drone of opener “Awake on Foreign Shores,” to the avant garde modern classical a la Steve Reich or Philip Glass on “From No Part of Me Could I Summon a Voice.” And occasionally, as on “Judges,” Stetson’s instrument is barely recognizable, his taps and breathing approximating beats underneath the horn’s distorted, eerie wail.

There are a few exceptions on Judges to Stetson being the sole performer. Laurie Anderson and My Brightest Diamond’s Shara Worden each lend their voices to a handful of tracks, lending an added dimension to an already impossibly deep and labyrinthine collection. Anderson’s contributions speak more to the avant garde nature of Stetson’s work, her spoken word poetry acting as a stoic counterpoint to the expressive and often dissonant sounds that Stetson wrenches from his sax. Yet Worden’s stunning and soulful voice is on its own plateau of profound beauty. Her breathtaking performance of the spiritual “Lord I Just Can’t Keep From Crying Sometimes” is one of the most beautiful pieces here, bluesy and soulful yet still maintaining the discordant and minimal quality that runs throughout the album. And both vocalists create an unusual overlapping tapestry on “Fear of the Unknown and the Blazing Sun.”

Even with vocal contributions, the compositions on Judges don’t offer easy or convenient entry. This is not pop music, nor is it anything else. Colin Stetson’s music exists on its own plane, in its own realm. Though he has some like-minded contemporaries, such as Julianna Barwick, who make lush soundscapes from minimal means, his approach is one of a kind. Though one might choose to wade into this music before fully diving into its depths, vast and numerous rewards await those who take the plunge.